A rehearsal of the Last Judgment

A rehearsal of the Last Judgment 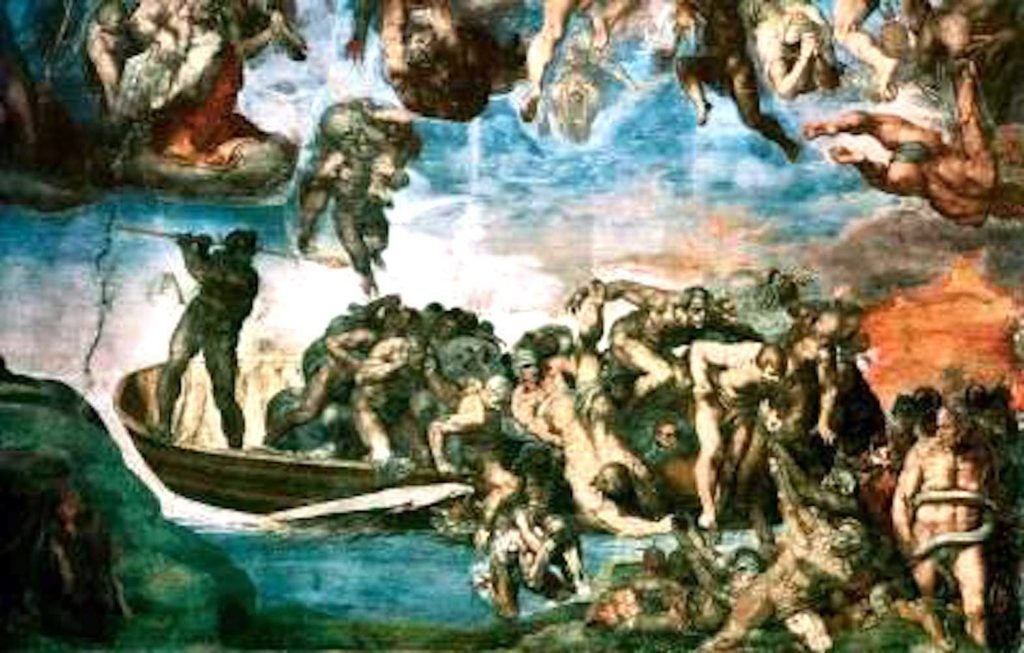 The COVID-19 pandemic is a harbinger of worst things to come, hunger and massive joblessness among them. It is a bitter taste of a dystopian future, even as it leaves a colossal psycho-emotional scar and push the planet into a large-scale socio-political and economic catastrophe or global recession.

In my theological opinion, if I may add, this virus crisis is also a rehearsal of the Last Judgment. Not just this one; all pandemics, plagues, pestilences, deluges, and wars of global proportion are. They are a rehearsal, a drill, a tryout of the Armageddon, a dry run of uncertainties and insecurities, of harrowing unpreparedness, and of the fear of the unknown. It is a rehearsal of the stoppage of human activities, lonely deaths and copious tears, and of metanoia for some, as it brings the human race to its knees, beseeching God for mercy.

What could be a possible objective of this rehearsal? When a global event gets completely out of control, the Almighty God steps in, gives humankind a hard lesson about preparedness, which hopefully could steer the billion lost souls back on the right path. Don’t get it wrong; YHWH God does not desire grief and suffering, but only allows them. Remember, He let His only Begotten Son raised human suffering, even ignominious death on the cross, to the level of Redemption.

I disagree with doomsday predictions or with those who say that, due to COVID-19, we are now living in the end times and that the end of the world is at hand. Well, nobody can say that with absolute certainty. A few whistleblowers in Wuhan were able to reveal the existence of the COVID-19 before of the global outbreak but, in contrast, nobody really knows the Second Coming of Christ in majesty “to judge the living and the dead” (Mk 8:38; Lk 9:26).

In every century, Apocalypticists or prophets of doom have come out to predict the collapse of all civilization and the extinction of dear humanity. However, the time or date of such planetary occurrence is beyond us, as Jesus has said: “But of that day and hour no one knows, not even the angels of heaven, nor the Son, but the Father alone (Matthew 24:36).

The 2020 global crisis is a rehearsal of something bigger, let’s say an uncomfortable reminder for believers that the opportune time for merit and conversion from sin to grace is limited to this earthly existence. Again, from a theological perspective, the COVID-19 pandemic as a rehearsal has similarities with the cosmological eschatology. Both are considered a scary time of the coming of something/Someone unfathomable. Both are universal and do not discriminate the rich from the poor, choosing which stripe, color, or race to strike with.

But the Last Judgment, on four accounts, will be different from this coronavirus or any plague. One, in a global catastrophe, humans can decide and all world and domestic leaders are in control, when governments and private organizations can mobilize all available resources to “flatten the curve” and eventually recover. In the Parousia, only the Immortal God will control the future of the world and its residents. Every supergovernment will be deemed powerless.

Two, COVID-19 as a health emergency will put humanity into a deep mess but, let it be said, it is not yet the end of the world. The Parousia, on the other hand, is the end of all things visible and the advent of a “new heaven and a new earth” (Revelation 21: 1). Period!

Third, the Parousia will not be just another global event that will affect a percentage of the world population but will signal the Judgment Day of the entire human race. Every living soul will be judged accordingly. In Christian theology, even the dead will rise to receive the final reckoning. Jesus Christ in his Second Coming will disturb all those resting in the tombs, will judge our resurrected body, the very instrument that we use to do good or do evil, and will send us all to immortality (both body and soul).

When Judgment Day arrives, there will be no recovery or discovery of a wonder drug to prolong life; no penultimate or any sort of a second chance to fix what was broken and amend what was wrongly done. I pray that, in this present rehearsal, we all learn the hard lessons of preparedness, who and what matter most in life, that life is short, that the love of God is the first, and the love of our neighbors is the second most important commandment.

Happy Feastday of the Divine Mercy to all.

Jose Mario Bautista Maximiano (facebook.com/josemario.maximiano) is the author of The Signs Of The Times And The Social Doctrine Of The Church (Salesiana, 1991) And The Church Can Handle The Truth (Claretian, 2017).