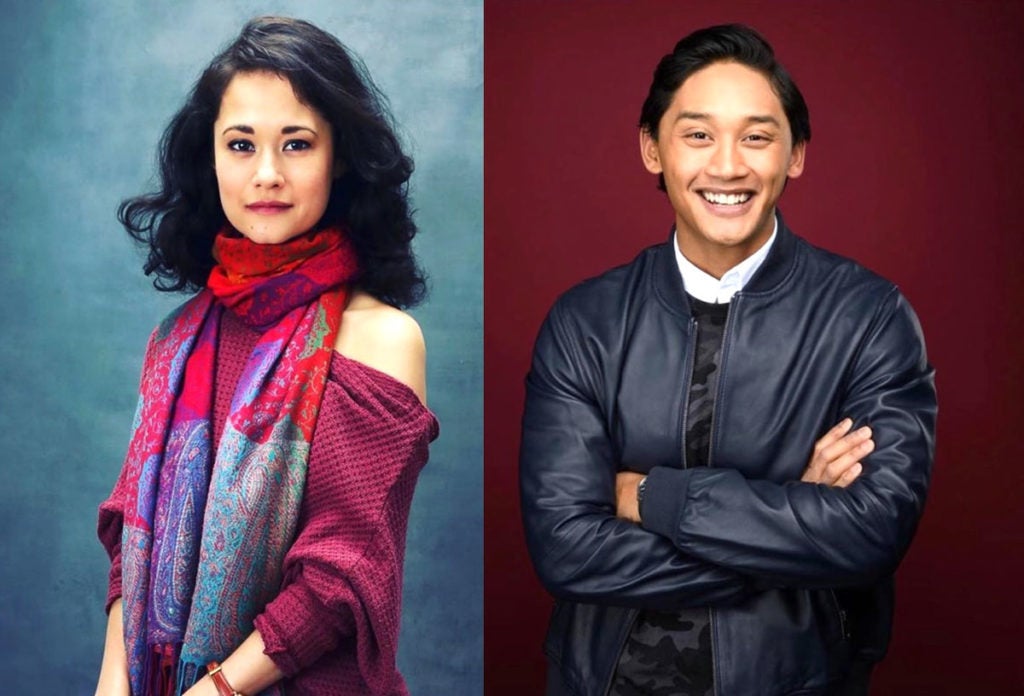 NEW YORK — Filipino Americans who want their children (as well as themselves) to see Fil-Am actors portray Cinderella and her prince can now do so.

National Asian Artists Project is staging it for its “Rediscover Series,” where professional artists of Asian heritage explore classic American musicals, proving great works of theater speak to all communities.

Dela Cruz had previously been on Broadway in the casts of “Aladdin,” “The King and I” and “Here Lies Love” before being picked out of more than 3,000 hopefuls to be the new host of the children’s educational television show “Blue’s Clues and You.” The rebooted show began airing November of last year.

Ali Ewoldt was the first actor of Filipino heritage and actor of color to portray Christine Daaé in the Broadway production of “The Phantom of the Opera.” She was also in “Les Miserables” on Broadway and played Maria in a US tour of “West Side Story.”

Choreography is by Fil-Am actor Billy Bustamante. His other choreography credits include “The Wild Party (La Chiusa),” “The Adding Machine: A Musical,” “Flappers in Chains,” “Suites By Sondheim” and “Man of La Mancha.” He is also cofounder of Broadway Barkada, a support group for Fil-Am performers in New York.

Unlike Richard Rodgers (music) and Oscar Hammerstein II’s (book and lyrics) other musicals, “Cinderella” was not originally written for the stage. It was created for television broadcast and featured Julie Andrews in the lead role.

In the 1997 television adaptation of the musical, Fil-Am actor Paolo Montalban played the prince. He then reprised the role in the 2000-2001 national tour of the musical’s stage adaptation.

In this version, Cinderella opens an orphaned and deliberately sheltered Prince Topher’s eyes to the plight of the people while her stepsister Gabrielle seeks to overthrow the unjust regime administered by the evil prime minister.

Gabrielle will be played by Fil-Am Jaygee Macapugay. Other Filipino Americans in the cast include Carol Angeli, Hannah Balagot, Jordan De Leon and Anthony Obnial.

Direction is by Alan Muraoka with music direction by Kristen Lee Rosenfeld.

In addition to the premium and reserved tickets, there is also a special VIP Package which includes a pre-show four-course meal at Masseria Dei Vini (887 Ninth Ave.).