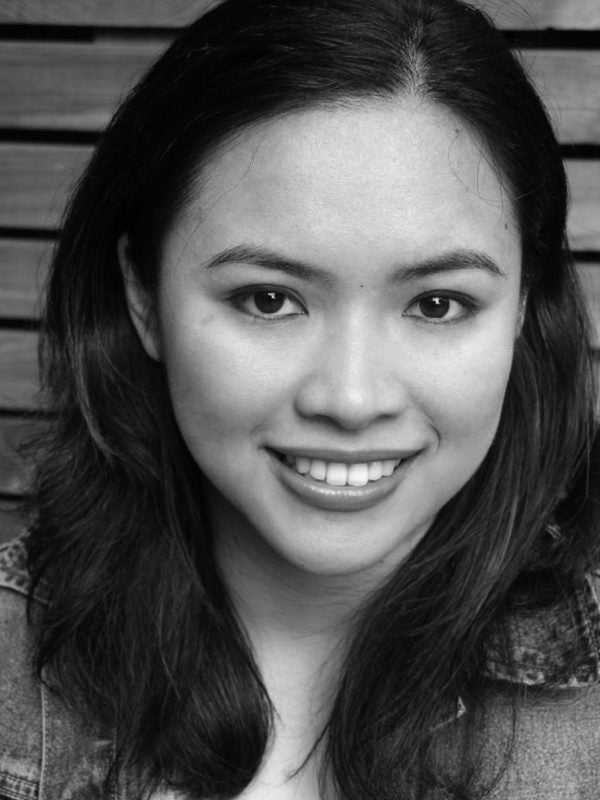 The festival will feature staged readings of three new plays nominated by this year’s partnering company, Leviathan Lab. The award, given out by the Episcopal Actors’ Guild (EAG), will go to one of the three plays at the end of the festival.

Closing the festival is Ray Yamanouchi’s “Pure//Love.” Each reading will be followed by a wine and cheese reception.

In “Panic Room,” May, an Asian woman studying for her doctorate, is trying to get over the violent death of her ex-boyfriend who had worked as a police officer. She joins a grief support group to try to move on. While there, she discovers that she’s actually living the nightmare of American history with its collisions in prejudice, racism, toxic masculinity.

“I thought, what if we are all just trapped in history and we are just playing in a loop of intergenerational traumas from colonization and the inevitable change that globalization, identity politics, prejudice, racism, and time imposes on us?

“The play wrestles with these questions in the form of people who are trapped in the histories that are theirs and not theirs. History is a kind of panic room that is vulnerable to the chorus of voices that people are trapped with.”

Sy appreciates being included in the festival. “The pieces examine the intersections of desire, race, and identity from an Asian and Pacific Islander American (APA) perspective. Sometimes, it feels like the APA experience seems invisible regardless of the recent glut of Asian and Asian American films and TV shows. It’s through initiatives like this that we realize that we are a community that has opinions and feelings about the America we live in.”

Sy’s family moved to Brooklyn from the Philippines when she was 13 years old. While she was taking up Cultural Studies at New York University, she became involved in theater director Ping Chong’s production of “Undesirable Elements” as a performer and deviser.

“I was able to begin looking at my cultural identity crisis and look at collective and personal histories that explained to me why I felt like an outsider or why certain groups treated me like one.

She said that before her experience with that production, “I didn’t even know that theater [could be] a tool to mine these kinds of questions. It opened up the space for me to consider that theater is not just for entertainment or spectacle, but a mode of inquiry.”

“I got into playwriting seriously about five years ago when I took a fiction class with [Fil-Am novelist and playwright] Jessica Hagedorn. At some point I gave her a one-act I wrote. She read it and told me that I should write plays.”

Her work has been developed at La Mama Experiments, Rising Circle Theater Collective, The Letter of Marque, Brooklyn College, Primary Stages’ ESPA, The Wild Project, The Brick, the Classical Theatre of Harlem and The Tank.

Fil-Am Ariel Estrada is Leviathan Lab’s founding artistic director. “We are honored to partner with EAG,” he said. “The Award represents a significant endorsement of Leviathan’s mission to advance Asian and Asian American voices in theater and film.”