WASHINGTON, D.C.– The Filipino Young Leaders Program (FYLPRO) recently announced the new members of its executive committee and board of directors.

A joint initiative of the Philippine Embassy in Washington, D.C. and the Ayala Foundation, Inc., FYLPRO is a Philippine immersion program that reconnects young Filipino American leaders with their cultural heritage and history. 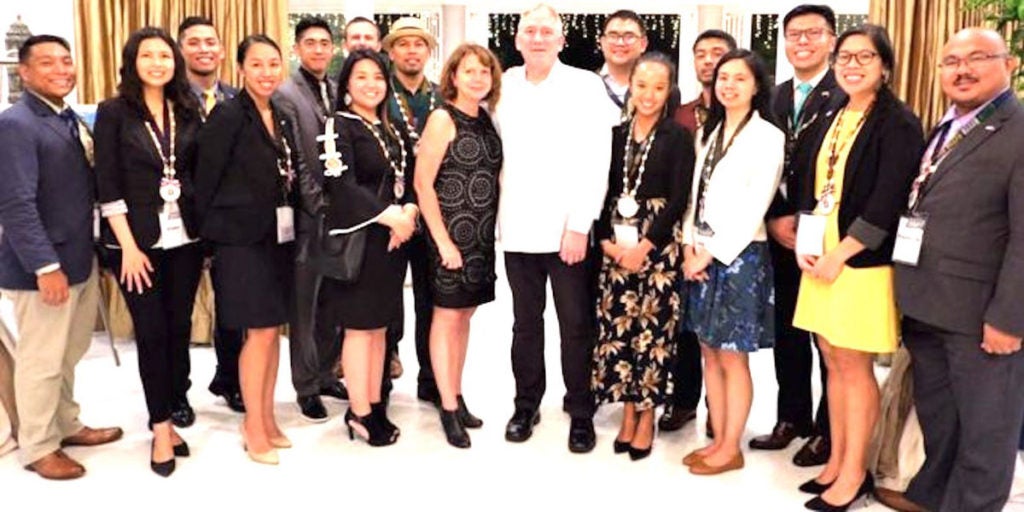 The 2019 batch of FYLPRO delegates meet with the US Embassy’s Deputy Chief of Mission John Law and Mrs. Joanne Law at their residence in Manila in November last year. CONTRIBUTED

It provides professional development and gives them the tools and networks to nurture Philippines-US relations in the areas of government, business, and philanthropic and humanitarian initiatives.

Incoming FYLPRO President, The Honorable Joshua Ang Price, is the first Filipino American (and first Asian American) Election Commissioner for Pulaski County, Arkansas – the most populous county in the state with 400,000 residents and home to its capital city of Little Rock. He is the only elected official of Filipino-American heritage in the state of Arkansas and one of only three AAPI elected officials in the state.

He is joined by Vice President Louella Cabalona, an artist, lead singer of SamaSama Project and Senior Manager for Analytics at Blue Cross Blue Shield who was a member of the very first batch of FYLPRO delegates.

US Air Force Major Charlynne McGinnis, a decorated officer with extensive experience in the Asia-Pacific region; and Dr. Melissa Palma, a physician who passionately works to advance public health in underserved populations will serve their second terms as Secretary and Treasurer, respectively.

The members of the Board of Directors are FYLPRO alumni from across the nation in multiple industries including business, banking, nonprofits, education, journalism and law. Along with representatives from the Philippine Embassy and Ayala Foundation, Inc., this body will advise and support the executive committee during their terms in office.