What we need to know about gallstones

What we need to know about gallstones 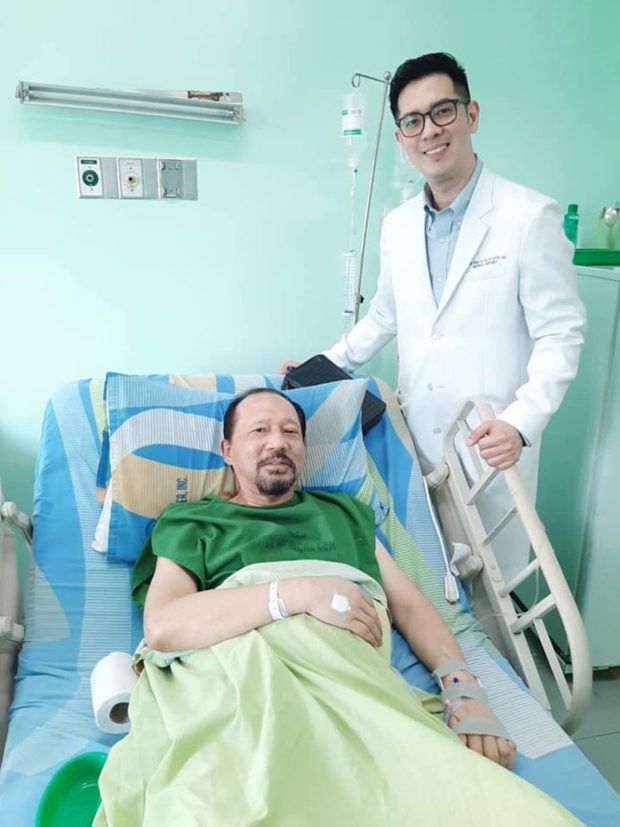 I stared at the computer monitor looking at my organs – my gall bladder, kidney, spleen, pancreas and uterus.  I never thought of myself as a walking set of organs. I had always detached myself from the things I loved to eat – papaitan (cow innards), bopis (cow’s lungs) and those sweet meats my Ilocano grandfather cooked for us.  The surgeon interrupted my reverie.

“This is your gall bladder and that is a gallstone,” he pointed at the sac-like image.

I’ve been in and out of the hospital since October due to various ailments. On December 10, I had bronchitis. I was in medication for 10 days. After two days, I had difficulty urinating.  I was back to the hospital for a series of tests. I got kidney stones, but very minute, just 0.31 millimeter. I was given antibiotics to flush this out. My attending physician recommended an Intravenous pyelogram (IVP) for further evaluation. IVP is an x-ray exam that uses an injection of contrast material to evaluate kidneys, ureters and bladder and helps diagnose blood in the urine or pain in the side or lower back. I fasted for 48 hours, and given an enema before the procedure. After waiting for more than 6 hours, the result showed a “mass” located in my bladder.

An ultrasound was scheduled on the 27th of December. The mass is actually a large gallstone.

Gallstone and its symptoms

My doctor, a Thai specialist and a surgeon at PorPhat 2 Hospital in Nakhon Ratchasima, explained that the presence of a gallstone does not always manifest in patients. Usually it is discovered during routine check-ups.

“Out of 100 people with gallstones, only 16 people showed symptoms, and those are the ones needing operations,” he explained.

At the same time that I was in the hospital, Ed Tadem, a retired University of the Philippines professor of Asian Studies was also at the Capitol Medical Center in Quezon City. Unlike me, Professor Tadem showed symptoms.

“I had intense abdominal pain and a bloated tummy. There were about twenty-five tiny stones found in my gall bladder,” Prof. Tadem says.

According to the Bangkok Hospital website, “Gallstones are one of the most common digestive diseases which small stones are formed in the gallbladder. If a gallstone lodges in a bile duct and causes a blockage, it eventually results in severe life-threatening complications such as bile duct inflammation and infection, pancreatitis or cholecystitis (an inflammation of gallbladder).”

I am quite lucky because I only have one. Some people can have several tiny pieces. Gallstones can also be as large as a golf ball!

Bangkok Hospital categorizes three types of gallstones. The cholesterol type is very common. It is chalk-white or greenish-yellow due to undissolved cholesterol as the main component. Pigment gallstones are dark brown or black containing bilirubin, which is caused by liver diseases. Mixed gallstones are a mixture of both cholesterol and pigment gallstones with a sticky mud-like appearance. This is due to secondary infection of the biliary tract, liver and pancreas.

As part of the routine questions, the doctor asked about my diet. Like most Filipinos, my diet is high in fat. Fortunately, I do not feel discomfort when I eat even fatty foods and dairy products.

Professor Tadem admits having had a high-fat and oily diet when he was younger. Though in the past ten years he has been diet-conscious; but the damage has been done.

Gender plays a role in the formation of gallstones. More females age 40 and above are prone to develop gallstones. It is attributed to medications that contain estrogen, or to hormone replacement therapy. Drastic weight loss and obesity are also factors. Family history is also considered. My grandmother had her gallbladder removed in her 40s.

Since the diagnosis came during the holidays, I promised my doctor to have a “healthy diet” after New Year. I was not given any medication. After four months, I will have an ultrasound again.

Upon posting my ultrasound result, well-meaning friends sent messages to me not to go under the knife. A friend shared how she flushed out three large gallstones by drinking radish juice before going to bed. Eating apples and drinking a particular apple juice brand are also recommended. Sambong (Blumea balsamifera) is also a known herbal medicine endorsed by some doctors. But its efficacy is only tested for kidney stones.

My Thai doctor did not recommend any drugs or alternative medicine since it is dangerous if the gallstone moves out of the bladder due to its size. Professor Tadem did not try herbal medicine either.

“I was advised by my doctor that these are not effective,” he says.

At this stage, my doctor does not advise me to undergo laparoscopic gallbladder surgery because the “stone” does not bother me yet. He further mentioned that usually, surgery is performed when the stone is 2.5 cm or larger.

According to Healthline, laparoscopic gallbladder surgery or(cholecystectomy) removes the gallbladder and gallstones through several small incisions in the abdomen. The surgeon inflates the abdomen with air or carbon dioxide in order to see clearly. This type of surgery takes lesser time to recover. After 12 hours, the patient can be discharged. Usually, the patient can go back to normal activities after a week or two. No special diet is required. But I guess, when a part of you is taken out, you have to think twice before eating particular foods again.

In the Philippines, after Philhealth insurance and Senior Citizen’s discount, Professor Tadem spent 190,000 pesos ($3,700) for laparoscopic cholecystectomy at the Capitol Medical Center.

Dr.  Victor Philip de los Reyes, my surgeon was trained at the World Laparoscopy Hospital in New Delhi. He performed a complicated surgery, which took one hour instead of the normal 30 minutes, Professor Tadem says.

Professor Tadem shares that complications arose because of other factors such as the blood thinning medication he was taking, adhesion of previous operation, and the gall bladder was thicker than normal that it stuck to his intestine.

In Thailand, surgery costs around $3,000, with insurance, tests, medications included. Under the Social Security (SS) or PhraGansangkhom, members can avail of medical benefits such as hospitalization (in accredited hospitals), maternity benefits, cremation, and repatriation. I have been paying SS for the past seven years.

I’ve always considered myself healthy. My cholesterol level is within the normal range. I exercise every day. But my diet may not be really healthy.  I look at the mirror, seeing my abs, shoulders, and arms developing into muscles. I look better than 10 years ago.  At this stage, I am not really healthy. But I will not allow myself to get sick.

Meanwhile, I’m contemplating whether to eat the sisig (pork cheeks) I ordered last week. It is still sitting in the freezer.