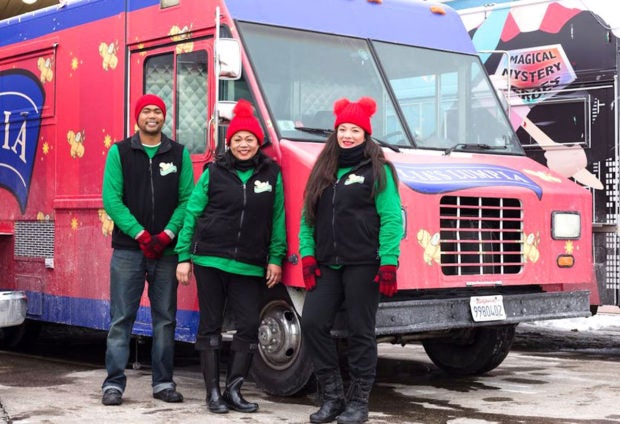 Lia’s Lumpia specializes in fusion variations on Filipino spring rolls, with more than 50 flavors ranging from traditional Shanghai lumpia to lumpia stuffed with mac and cheese and pork belly ramen, according to the San Diego Eater.

Lia’s lumpias are available Thursdays at the Sunset Market in Oceanside, Fridays at Poor House Brewing Company in North Park, and Sundays at the Lane Field Park Market in San Diego.

Filmed across several states in New England including New Hampshire, Vermont and Rhode Island and

On the show, competing teams traveled from city to city, selling dishes made on a truck provided by Food Network. The team with the lowest revenue each week was sent home.