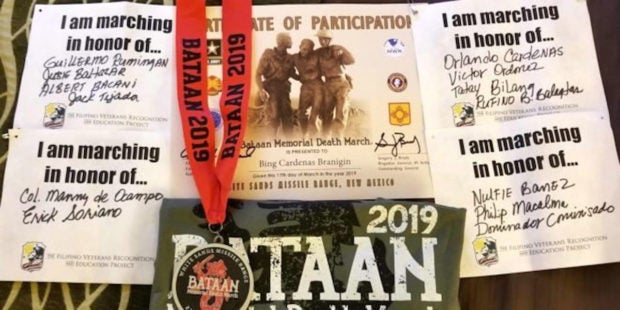 WASHINGTON, D.C. — For the sixth year in a row, Filipino Americans from across the nation will be joining the Bataan Memorial Death March on Sunday, March 15, 2020 at White Sands Missile Range in New Mexico.

The Filipino Veterans Recognition & Education Project (FilVetREP), which has been sending a team every year, is calling on members of the Filipino American community to join the more than 10,000 marchers expected to register this year.

Participants are military members from all branches of the U.S. Armed Forces and civilians from across the country and several foreign nations.

In previous years, Filipino and American World War II veterans, surviving family members, veterans’ advocates, community supporters and Philippine Embassy dignitaries have participated in one of the toughest marathon-length events in the U.S. 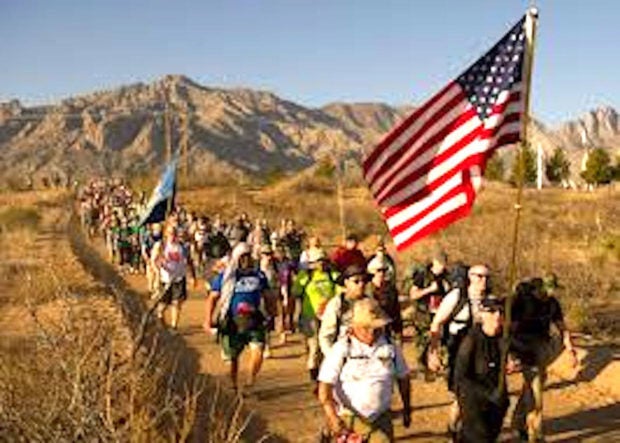 The race, which honors the soldiers who defended the Philippines at the outbreak of World War II, takes place in the rugged desert surrounding White Sands Missile Range.

Considered to be the largest commemoration of the Bataan Death March outside of the Philippines, the annual 26-mile march at White Sands was started by Army ROTC Department of the New Mexico State University in 1989. The event is in remembrance of the more than 75,000 Filipino and American soldiers who were force-marched 65 miles by Japanese troops following the surrender of Bataan on April 9, 1942. It’s a way of saying their sacrifice will not be forgotten.

FilVetREP National Chairman Maj. Gen. Antonio Taguba (Ret), in recalling the “brutal” experience his father and his comrades endured marching for 65 miles without food or water for days, said: “Let us be inspired by their service and sacrifice. Let’s do it for them, for their families, for us and for our country.”

MORE STORIES
The Many Ways In Which SEO Backlinks Help Your Website Get More Visitors
Chicago police officer shoot unarmed 13-year-old boy as suspect in carjacking
US crypto lobbyists try to contain fallout from stablecoin meltdown
Don't miss out on the latest news and information.

MOST READ
usa Filipino’s mansion selling for $25M, the priciest in Orlando, Florida
usa Flying Saucers: What We Know of UAPs and UFOs
usa 8 Reasons Why You Should Subscribe to a Meal Kit Delivery Service
usa West Virginia man pleads guilty to sex with 14-year-old in PH
usa Pentagon ‘committed’ to understanding UFO origins
usa Stephen Curry vs. Luka Doncic matchup highlights Warriors-Mavs playoffs
usa Project PEARLS to hold benefit for scholarships for the poor
DID YOU KNOW?
Island Hopping in Tulum: The 12 Best All-Inclusive Tulum Resorts
How to Dispute a Debt and Win | Simple Tactics
The 12 Best Lat Exercises for Muscle Growth
Countdown to summer: tips for learning how to surf
User Guide: How to Track a Lost iPhone
The Best Filipino Food to Try When Visiting the Philippines