NEW YORK — Filipino American poet-novelist Bino A. Realuyo will be “participating” in a special way in U2’s much anticipated Joshua Tree 30th anniversary concert in Manila on Wednesday, December 11.

The band plans to include poetry that expresses the experience of the country and has asked the poet Realuyo for permission to feature and project his poem “Filipineza” on the stage screen to give the audience something to reflect upon while waiting for the show to begin. 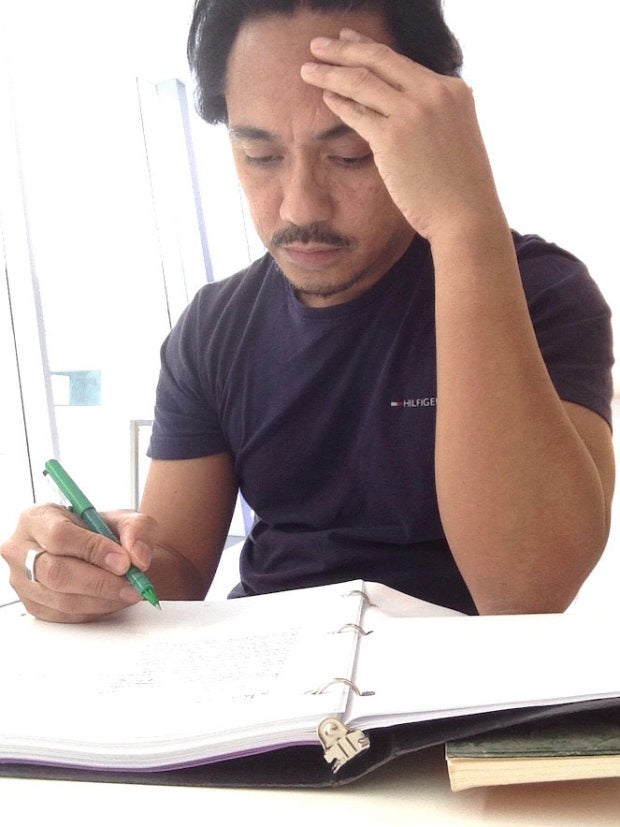 Bino A. Realuyo’s poem “Filipineza” will be featured in U2’s Joshua Tree Concert in Manila. CONTRIBUTED

First published in “The Nation,” the much-anthologized poem “Filipineza” is about the plight of Filipino domestic workers in Europe. It opens Realuyo’s award-winning first collection of poetry “The Gods We Worship Live Next Door” (Agha Shahid Ali Prize for Poetry 2005 and Philippine National Book Award for poetry 2009. Anvil Philippines, 2008).

Realuyo sees the gesture as an opportunity to bring poetry to a mass audience. According to Billboard, the Joshua Tree Tour 2017 drew 2.7 million attendees from 50 shows.

The band is currently touring Asia and is performing in the Philippines for the first time. In the U.S. tour in 2017, the concerts featured the poems of Walt Whitman, Langston Hughes, Rita Dove, Naomi Shihab Nye, and Robert Pinsky. The band U2 seen dining in Manila. INQUIRER FILE

“U2’s songs and lyrics were light in the dark and nameless streets of my early years in America. Thirty-two years of Joshua Tree is equivalent to the three decades of my immigrant American life. There is ultimately poetic justice in being included in U2’s concert not in the U.S but in their first ever concert in Manila, the city of my birth. I am humbled and moved. I hope the poems do serve their purpose for inclusion —as points of reflection for those who attend the concert, and in the case of my poem “Filipineza” to warn us about the dark side and perils of the Filipino diaspora.”

Realuyo grew up in Manila, and immigrated to the U.S. when he was a teenager. He is the author of the acclaimed novel “The Umbrella Country.” His poetry has appeared in international literary journals and anthologies including The Nation, The Kenyon Review, North American Review, The Missouri Review, and ZYZZYVA. He has recently finished two new books, “Sandra, Queen of Fish Sauce and Other Stories,” and “The Rebel Sonnets.”

Complete text of “Filipineza” can be found in The Nation’s website: