Bindlestiff is not a name one would imagine for a Filipino organization. But that’s what a vibrant and highly successful Filipino American theater company is actually called.

And in San Francisco, Bindlestiff Studio is a gem of the Filipino American community.

It can be a crazy place where performers celebrate and poke fun at the Filipino American story. In one hilarious sketch, typical Filipino home decorations — a girl dancing the Tinikling, a naked barrel man and Jesus Christ — that have been banished to the basement talk about their fate.

The Bindlestiff company has taken on serious social issues, including the plight of undocumented immigrants and the victims of mass killings inspired by Rodrigo Duterte. 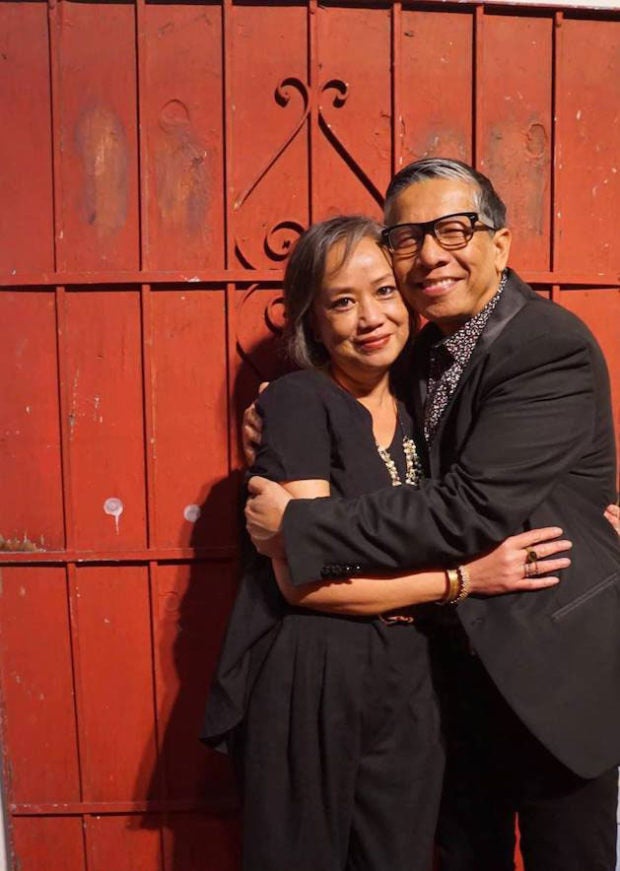 Perhaps Bindlestiff’s most meaningful achievement is popularizing Filipino American theater in Tagalog. The company has blazed a trail with its annual festival of Tagalog one-act plays where audiences watch the performances with the help of subtitles projected onto the stage.

It has attracted a growing audience including many non-Tagalog speakers such as San Francisco Chronicle theater Lily Janiak, who wrote of how the experience allowed her “to glimpse, through a small but very clear peephole, a kind of theater and storytelling and subject matter that doesn’t make it onto most American stages.”

“Seeing shows outside your linguistic comfort zone suggests the countless other theatrical cultures and structures that are out there, thriving, mostly outside the orbit of our flagship institutions. It’s humbling in the most salutary of ways,” Janiak said. “It’s a bit like looking up at one star and then trying to fathom the whole Milky Way.

You feel small and large at the same time — small for your own limited sphere or experience, and large for being a part of something bigger than you can even imagine.”

Bindlestiff just celebrated its 30th anniversary.  Now, it did not start out as a Filipino organization. Bindlestiff was launched by San Francisco artists Chrystene Ells, Chris Brophy, and Stephen Pocock in 1989.

Don’t bother Googling it to check if “bindlestiff” is a Filipino word. It’s not. It’s actually slang for “hobo” or “tramp.” As Ells told Inquirer.net, they came up with a name while working on their first show The Ballad of Reg and Rosie, which was about a couple of drifters during the depression.

“During our research for the show, we came across this word ‘bindlestiff.’ Stephen went down to the library and came across this logo, the hobo symbols. He said, ‘this should be our logo. It means never give up,’” says Ells.

In fact, Bindlestiff’s story is about not giving up. The theater is located in the South of Market community of San Francisco, a  working class neighborhood that is also home to immigrants, including many Filipinos, as well as people struggling with substance abuse, some of them homeless.

It’s a gritty area where my friend Lorna Chui Velasco first lived when she arrived in the US with her family in the late 80s. It was not a place other San Franciscans would call home, she once told city officials.

“How can you, when on your way to school, you have to dodge drunk men or watch them unroll their crack pipes on your stairwell,” she said when she spoke before a city commission in 2001. “I’ve seen families leave as soon as they save enough money to buy a house in Daly City or Hercules.”

But it was in that place that many were constantly trying to leave that Lorna found her voice and fell in love with theater. After school, she would hang out at Bindlestiff to help with productions and learn everything about theater, including the works of masters like Jerzy Grotowski and Bertolt Brecht.

“I was a quiet immigrant girl from Sixth Street who for the first time was learning how to express herself in the beauty of dance and in the power of theater,” she told San Francisco officials.

Bindlestiff has played a very important role over the past 30 years. The theater company has served as a bridge between two important groups in the Filipino American community: immigrants like Lorna and Filipinos who were born and raised in the U.S. like my friend Allan Manalo.

Bindlestiff has had a fascinating journey. Its roots can be traced to Teatro ng Tanan, or TnT, a theater company launched by Filipinos that included my wife, Mara Torres, who came to the US when she was in her late teens, and Filipino Americans, including Allan.

Now, Allan eventually grew disillusioned with TnT. He felt it was dominated by immigrants and ignored the experiences of Filipinos whose knowledge of the Philippines was limited and who did not speak any Philippine language.

“I felt a certain void,” he told me years ago. “I wanted to go in a different direction.”

He figured he would that direction in the Philippines. He spent a month there getting to know the work of fellow theater artists, particularly those from PETA. That was also when he met Joyce Manalo, with whom he later helped lead Bindlestiff.

“I found a new respect for Filipino artists,” he said of his stay in Manila.

After TnT, Allan had launched a popular comedy troupe called Tongue In A Mood. Say that name really fast to get the joke. The group performed at the Yerba Buena Center for the Arts and Bindlestiff, which Allan and Joyce subsequently helped transform into a Filipino American company.

By then, the path forward was clearer. As he told me nearly 20 years ago: “(Most of us) were born here, and we are always looking for cultural validation. We are tryin to look for the green light to say, ‘Yes, you are Filipino. You don’t know Tagalog, but we accept you.’ ”

“My goal is to blur the lines between Filipino Americans and the Philippines,” he also said.

Today, Bindlestiff continues to do exactly that.