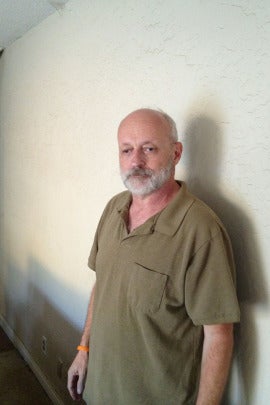 James Frank signed on to Obamacare via Covered California when he started experiencing the symptoms of heart disease. CONTRIBUTED

If 22 million Americans lose their health care coverage by 2026 under the GOP Senate’s plan to repeal and replace the Affordable Care Act, how many people could die? The question is at the heart of the debate raging in Washington, D.C., but has been difficult to answer.

“Show me the data on lives saved by Obamacare, please,” conservative political scientist Charles Murray requested in a recent tweet.

A pilot study published Wednesday in the Journal of the American Heart Association may provide an answer: Researchers found that the rate of sudden cardiac arrest outside of a hospital dropped by 17 percent among people ages 45-64 in Multnomah County, Oregon, after the Affordable Care Act expanded insurance coverage.

The study analyzed sudden cardiac arrest data from the emergency medical system in 2011-12 before the ACA, and compared the data from 2014-15, after insurance coverage expanded. During that time, the percentage of people in Multnomah County with Medicaid coverage nearly doubled, from 7 percent to 13.5 percent.

Cardiac arrest can serve as an early indicator to show how an increase in health insurance coverage under the ACA might affect mortality.

Each year, about 350,000 people in the United States have a sudden cardiac arrest, in which the heart unexpectedly stops beating. It is one of the most deadly types of heart attacks — only 1 in 10 patients survive it. “It speaks to the importance of predicting and preventing [cardiac arrest], because once it happens, it’s much too late,” said Dr. Sumeet Chugh, medical director of the Heart Rhythm Center of the Cedars-Sinai Heart Institute in California and one of the authors of the study.

The good news is that nearly half of patients experience warning symptoms, offering an opportunity for intervention, said Chugh. Cholesterol and blood pressure medication, diet and exercise, and surgical interventions can all help stave off sudden cardiac arrest. But patients without health insurance might ignore their symptoms and avoid seeing a doctor.

“Imagine that you’re someone with a warning symptom. If you had insurance or access to health care that was relatively easy, you might be more inclined to see a provider. If you didn’t, you might let it go for a while,” said Chugh.

Chugh cautions that the study population was small and did not examine other factors that could have led to a decline in cardiac arrests. Still, it is consistent with other studies that found a link between Medicaid expansion and a decline in mortality. Chugh and fellow author Eric Stecker of the Oregon Health & Science University plan follow-up studies to narrow in on the causes in Multnomah County.

Michael McWilliams of the Department of Health Care Policy at Harvard Medical School, who was not involved in the study, questioned the large reduction in cardiac arrests seen in the study, saying it “seems too good to be true.”

Still, he said assessing the effects of health insurance on clinical outcomes like cardiac arrest is notoriously difficult, and there is good evidence that health insurance improves access to care and diagnosis of important conditions.

“I think when we focus on the lack of consensus evidence on the effects of coverage on hard outcomes like mortality, and use that as an argument against covering the uninsured, I think we let perfect be the enemy of good,” McWilliams said.

Take James Frank, 64, of Lancaster, California, who was uninsured several years ago when he first started experiencing the symptoms of heart disease.

“I couldn’t catch my breath, I was wheezing,” Frank recalled. “I felt like I had like a chest cold. My feet were tingling. I was getting the sweats.” In 2013, Frank had a heart attack and was taken to the emergency room.

He signed up for coverage under Covered California, the state’s health insurance exchange, which opened in 2013 for coverage that began in January 2014. His doctor put him on a statin and blood pressure medication to prevent another heart attack, and he started watching his weight religiously.

Frank was quick to add that the coverage he gained under the ACA has not been perfect — his premium and deductibles are high, and he thinks that Congress should repair it. Still, he believes the health law saved his life. “I had the same heart attack that killed my mother,” he said. “Had it not been for Obamacare, I probably would have had another one.”