Tom Brady insisted he had confidence in his New England Patriots wide receivers on Monday after the Super Bowl champions’ offense stalled once more, against the Houston Texans.

A furious Brady was seen barking orders at his team-mates during New England’s 28-22 loss in Houston on Sunday, telling players they needed to be “faster, quicker, more explosive.”

The sideline dressing down came during a sputtering offensive display for New England.
Tom Brady New England Patriots did not throw a touchdown pass until the final seconds of the third quarter.

Brady told Boston WEEI radio’s “The Greg Hill Show” on Monday that he had no problem with Patriots receivers Phillip Dorsett, N’Keal Harry, and Jakobi Meyers.

“A quarterback’s responsibility is to lead and motivate,” Brady said of his sideline pep talk.
“We’re trying to motivate people and get people to play their best.
Guys are trying.
I have no problem.

“We’re working hard and trying to do the right thing, and sometimes it’s been good.
Other times, we obviously still have work we still have to do.
That is just part of playing football.

“Sometimes people have it figured out early and some people, we’re trying to figure it out as we go.
That’s just part of it.
That is just part of what we’re dealing with.”

Although Sunday’s loss means the Patriots have fallen behind the red-hot Baltimore Ravens in the race for a home-field advantage during the playoffs, Brady said New England was not hitting the panic button. 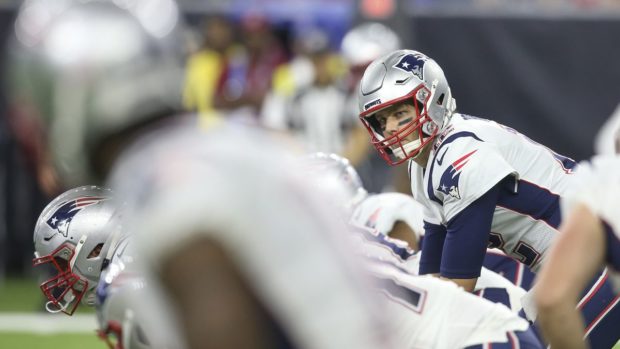 The Patriots have had to field a new-look receiving team this season.

Star tight end Rob Gronkowski retired at the end of last season, while new recruit Antonio Brown was released after only one game following allegations of sexual misconduct.

Another receiving option, Josh Gordon, was released in October, meaning the Patriots are relying on rookie receiver Harry and undrafted free agent Meyers in addition to Dorsett and veteran Julian Edelman.