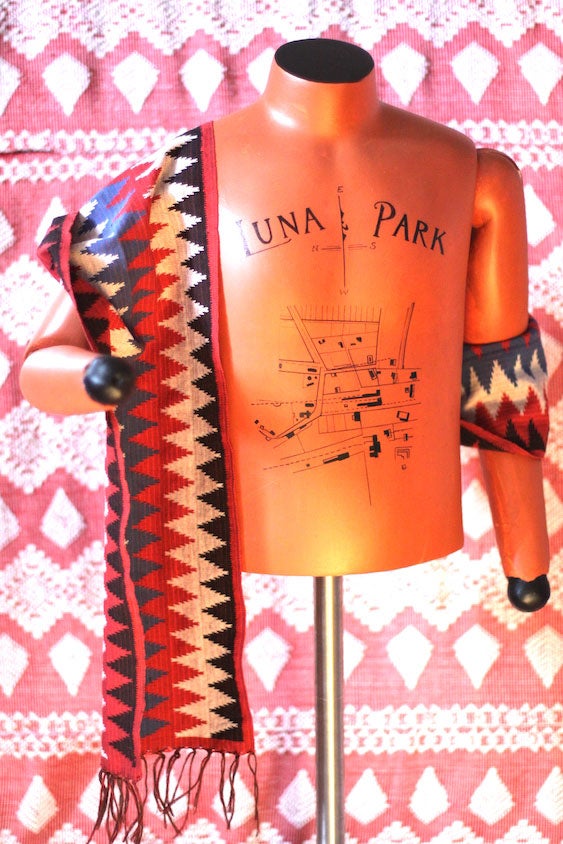 NEW YORK—In an age when separating migrant children from their parents and placing them in cages threatens to become the new normal; when people of color are excoriated, brutalized and dehumanized, becoming objects of scorn; when the US president encourages the rising tide of white nationalism; then, much as you hate it, you need to think that the gains made over the decades by this society, founded and built up by immigrants from all over this planet, threatens to come undone.

The current climate of intolerance and a terrifying stress on ethnic purity should remind Filipino immigrants of their own checkered history in this nation. A current worthwhile online exhibition looks at one aspect of that history: Escaping Dreamland, by Francis Estrada, a Pinoy visual artist based in New York City. Presented by Underwater New York in its Labor Issue ( https://underwaternewyork.com/issue-15-the-labor-issue)

The online notes say that Estrada “explores the plight of the Igorot, a group of indigenous people from the Philippines who were displayed as a spectacle at Coney Island’s Luna Park in 1905. [He] highlights the inhumane origins of the American pleasure industry and dreams new futures for the Igorot.”

I know the artist and value his works, which offer wry, postmodern perspectives on the Filipino, often seen both as a colonial subject and as someone who questions that legacy. I incorporate lessons on our colonial past in what I teach, hoping to spur my students to further research the tangled histories of not just the Philippines and the United States, but that of Spain as well. These histories are very much alive and (un)well.

What drew me in to this particular exhibition was Estrada’s focus on the exploitation of the Igorot early in the last century, when the U.S. was keen to promote its “benevolent assimilation” policy, and to demonstrate how this would redound to the benefit of the indigenous people, such as the Igorot, inhabiting the Philippine Islands (PI), as the country was referred to then. (And as it still is mistakenly referred to today by those who should know better. The proper term is RP.)

Here are a few questions I had for the artist, and his answers, edited for clarity.

I did see Bontoc Eulogy (and have a copy).  I actually reached out to Mr. Fuentes about 10 years ago, and he helped me by letting me know where he got his source material (videos/images, etc.).  He lives in Los Angeles and practices Filipino martial arts [as does Estrada—LF). As far as the World’s Fair and Coney Island displays, there is the direct correlation.  Truman Hunt, the man who was the promoter of the Coney Island Display was in charge of the Igorot Village at the World’s Fair and saw the interest of the people and financial success which inspired him to bring the show to New York.

Yes, Claire Prentice wrote the book The Lost Tribe of Coney Island, which I have read. The author did some extensive research and the book is very informative and she writes with empathy on the situation of the Igorots.  [Truman Hunt cheated the Igorots of their wages, nor was he any better in treating them in a humane manner.—LF] I was inspired by American representation of Filipino bodies earlier when I decided to apply for my American citizenship (2009).  I created a visual essay that was published by In the Fray: https://inthefray.org/author/francisestrada/

Do you see any comparison with the current climate of racial animosity towards people of color?

I see these comparisons with how refugees are portrayed as being subhuman/inhuman: images of children in cages, the names/associations they are given (gang members/murderers/criminals), categorizing non-white people as being from “shithole countries” I don’t think we’ve progressed as far as we thought we have.

In applying/pledging my allegiance as a (dual) citizen, I wanted to be mindful of how our people have been treated, depicted, and represented historically.  I guess it was the conscious act of knowing I’ll become a citizen but always be seen as a “little brown brother.” Copyright L.H. Francia 2019