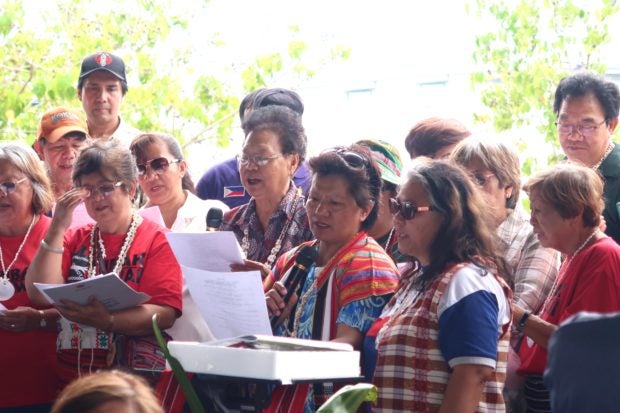 HONOLULU – An increasing number of Igorot began leaving their Cordillera provinces to move to different countries some 25 years ago. Many of them formed organizations to build communities wherever they lived. Soon, they pondered the idea of creating an umbrella organization, which led to the Igorot Global Organization, also known as IGO.

The umbrella was formed to assist groups working to help people back home doing medical missions and raising funds for scholarships. IGO, along with BIBAK Hawaii, hosted its 12th Igorot International Consultation conference in Hawaii earlier this month.

“We came up with the Igorot consultation to get together and to see if there are any commonalities that we’re doing and then maybe we can help,” stated Edwin Abeya, the current chief executive officer and CEO of IGO. This year’s conference drew many Igorot organizations from around the globe, including various BIBAK chapters. BIBAK, which stands for the subgroups of Cordillera Country, Benguet, Ifugao, Bontoc, Apayao, and Kalinga, works in preserving indigenous culture and passing it down from generation to generation. Every other year, the location of the Igorot consultation alternates between a foreign country and the United States.

“Whenever we go to foreign countries, we try to identify the indigenous peoples and try to connect with them,” Abeya explained. “With the 12th consultation here in Hawaii, we connected with the Hawaiian natives and at the same time, celebrated our culture.”

Over the four days of consultation, the organization hosted workshops on various issues that the Igorot encounter on a regular basis, including stereotypes and cultural appropriation. Leaders discussed a flagship program for the Igorot scholarship program, which provides financial assistance every year for one deserving scholar from each state and sends them to the state university in the Philippines. With 40 graduated students so far, Abeya shared the hopes of increasing the scholarship program funds to provide financial assistances to 30 students per state. “We want to become a bonafide, nonprofit organization so that we create more resources to help out our kababayans,” Abeya explained.

With this year’s theme as “Advancing the Coming Full Circle,” the organization did exactly by allowing younger generations of Igorot to take completely tak charge of planning the conference for the first time, providing them guidance when needed.

“One has to know their roots so that they can go deep. Without that depth, you might get lost along the way. It’s nice to know our roots because it’s a stronghold,” said conference attendee Freda Allidem. “This is about teaching the young ones about our culture so that it will not die.” ““There was a perception before that Igorot are dirty, Igorot are these stereotypes,” Hugo Prill, president of BIBAK Hawaii stated. “We would like to educate our fellow Filipinos and outsiders about what we are. Our culture is so rich and we treasure it very much. We continue to follow the cultures of our ancestors.”

BIBAK Hawaii began in 1979 and after almost 40 years, the organization has gained some 80 members. Like the rest of the IGO group, the local organization created a scholarship program for high school students and assists its members in easing any financial burden when relatives pass away. It does everything it can to create a sense of community by hosting a monthly social gathering where members share stories and teach the children about their culture.

With the Igorot Global Organization holding conferences every other year, friends and families reunite regularly, bring new faces, and discover new ways to help one another. The 12th consultation officially over, IGO will begin planning for the next consultation, which will take place in Kalinga, Philippines.