Tyson was the first African American to head Kaiser Permanente as CEO when he took that position in 2013 after filling a number of roles over three decades at the company.

No other details were provided in the company’s announcement, which said that Tyson died in his sleep early Sunday.

It is with profound sadness that we announce that @BernardJTyson, Chairman and CEO of Kaiser Permanente, unexpectedly passed away early Sunday in his sleep. https://t.co/DK2yeWasbx

The board of directors has named Executive Vice President Gregory Adams as interim chairman and CEO.

Tyson, who worked at Kaiser Permanente for more than 30 years in roles including hospital administrator and chief operating officer, had been on Time magazine’s list of the world’s most influential people and one of the “Health Care 50.”

Bernard Tyson, the CEO of health care giant Kaiser Permanente, died unexpectedly in his sleep early Sunday at the age of 60, the company said https://t.co/hGzeSRqpex pic.twitter.com/u2uD3pxyZG

“We will greatly miss him,” Pei said in the company’s news release.
He added that the board “has full confidence in Greg Adams’ ability to lead Kaiser Permanente through this unexpected transition.”

JUST IN: Kaiser Permanente Chairman and CEO Bernard Tyson has died, according to a spokesperson for the health care organization, which provides health care to more than 12 million people nationwide.

The head of Covered California, an independent state agency that focuses on health insurance, said Tyson’s “vision and laser focus on increasing access, quality, and affordable health care coverage for all has helped transform Kaiser and had a positive impact on the entire health care system.”

“His efforts will have a lasting imprint on California and the nation,” the agency’s Executive Director Peter Lee said in a statement. 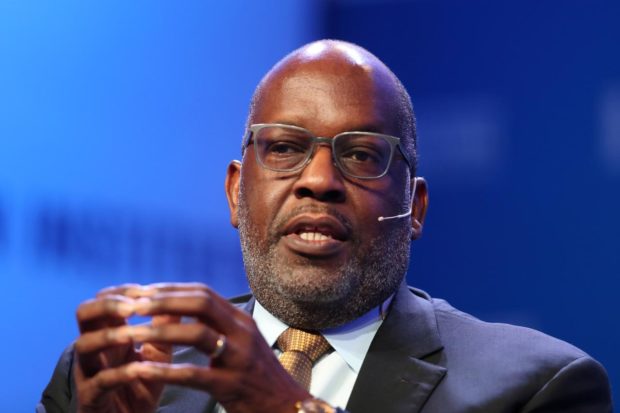 While at Kaiser Permanente, he was a member of the Bay Area Council, a business-led public policy organization advocating for a strong economy for area residents.