Chinese Surveillance Goods Sold as Made in The US

A Long Island firm sold tens of millions of dollars in Chinese-made surveillance and other sensitive security equipment to customers, including the U.S. military to use on aircraft carriers, by falsely claiming the goods were manufactured in America, federal prosecutors said Thursday.

A Long Island company is accused of illegally importing and selling Chinese-made surveillance and security equipment to the U.S. government. https://t.co/7HzsRRzStT

Though there was no allegation of breaches involving the Chinese government, emails and other evidence from the investigation showed “individuals in China were well aware of what was going on,” Donoghue said.

The equipment made in China and sold by Aventura “as purportedly U.S.-made has been installed on dozens of Army, Navy and Air Force bases, Department of Energy facilities and, among other places, on Navy aircraft carriers,” prosecutors said in the criminal complaint.
Of the $88 million Aventura made since 2010, $20 million came from federal government contracts promising it would provide only U.S.-made products, they said.

Prosecutors accused the company of a cover-up involving systematically relabeling its merchandise to say it was made at its U.S. plant.
It also circulated a photo that an Aventura executive, Jack Cabasso, showed the company’s assembly line, but was actually an image of workers in a Chinese facility, the complaint said.

Last year, Cabasso emailed an employee of a Chinese manufacturer stressing the need to take steps to make sure its products couldn’t be traced, prosecutors said.
He wrote that “the biggest problem” was that customers might notice the company’s initials on circuit boards and asked them to conceal them, they said.

The scheme began to unravel after the company sold 25 body cameras to the U.S. Air Force, security analysts discovered downloaded images including a logo of the Chinese Ministry of Public Security on the devices, the complaint said.
A software analysis found indications that the camera’s manufacturer in China “had been aware that the U.S. Air Force was the intended end-user of the camera.” 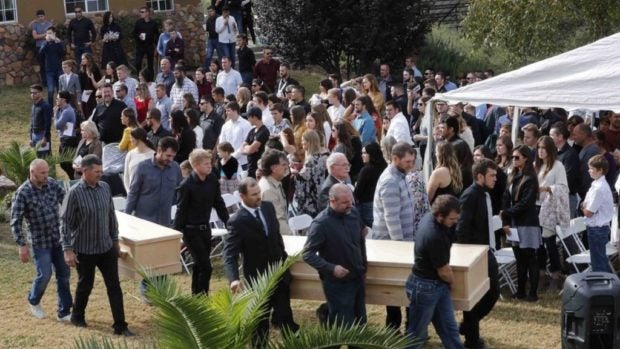 Seven current and former Aventura employees, including Cabasso and other members of its top management, were charged with conspiracy to commit wire and mail fraud.
The government also froze bank accounts and seized a 70-foot yacht it said is owned by Cabasso and his wife.

A company website touts it as having “a reputation for being an innovative designer, developer, and manufacturer of security hardware, software and peripheral products for government, military, and enterprise since 1999.”