Safety Questions in California After Wildfire

Safety Questions in California After Wildfire

There was “no way in hell” Victoria Sinclaire was rebuilding in Paradise. She’d thought she was going to die during the six hours it took her to escape the deadliest and most destructive wildfire in California history.
The town where she’d raised her family was nearly wiped out, two of her three cats had disappeared into the flames, and she “was done.”

Sinclaire and tens of thousands of others in nearby communities fled the wind-whipped inferno that killed 85 people and incinerated roughly 19,000 homes, businesses and other buildings on Nov. 8, 2018.

Weren't able 2 tune in for the answer 2 our wildfire question? Here u go! Would u have survived? #SurvivalWeek #SYTYS pic.twitter.com/qDvsLrf5c0

Despite her vow to stay away, Sinclaire’s family was one of the first to rebuild, braving the enduring threat of wildfires, and now, repeated power outages as the nation’s largest utility try to prevent its equipment from sparking blazes on windy days as it did in Paradise a year ago.

Weeks after the fire, Sinclaire had an epiphany when she returned to the ruins of her home, where she raised a daughter and nearly two dozen foster children over eight years.
Even rescue groups eventually found her two missing cats.

“There was a wind that was blowing through what was left of my trees, and I just felt a calmness.
I just felt more peace than I had any time since the fire, and I was standing in the ashes of our living room,” she said.
“It was just like, ‘This is home,’ and then the thought of living anyplace else seemed impossible.”

“Rebuilding the Ridge” is a rallying cry on signs around town, evoking the beauty and peril of rebuilding on a wind-swept jut of land poking out of the Sierra Nevada and begging the question: Will the resurgent community be safer this time?

California’s wildfires and blackouts may push the state economy to underperform the rest of the U.S. for the first time since 2010 https://t.co/Fytbzj87EU

About 3,000 people have come back, and nearly 200 grocery stores, restaurants, and businesses have reopened, like Nic’s Restaurant with its sandwiches named after police and firefighters who helped evacuate the town.
Just 15% of the 1,800 people who answered an online community survey in April said they were gone for good.

“I want people to see that Paradise is a place to return home to,” Sinclaire said.
“The scars run deep here, but so do the roots that help it grow.”

Hers is one of just nine homes that have been rebuilt in the year since the nation’s deadliest wildfire in a century, but the town is on track to issue 500 building permits by the end of 2019.

Paradise is now largely populated with travel trailers.
They are parked on lots scraped clean of more than 3.66 million tons of charred and toxic ruins, the equivalent of four Golden Gate bridges or twice the tonnage that was removed from the World Trade Center site.

“When you drive around, you don’t see all the carcasses anymore of the houses and the cars,” said town councilman Michael Zuccolillo, who is also a real estate broker.
“You’d hear hammers and chain saws and nail guns.”

California fire season likely to last through December, with no rain in sight https://t.co/onES9eKezH

Wildfire mitigation consultant Zeke Lunder fears Paradise is setting itself up for another disaster.

“As we saw in the Camp Fire, the town’s really well set up to kill people with wildfire,” said Lunder, who lives in nearby Chico.

The five routes out of town quickly became gridlocked with traffic, abandoned vehicles and downed power poles during the blaze.
Half the town’s 200 miles (320 kilometers) of roads are privately owned, many of them narrow, dead-end tracks leading through small, densely forested lots.

Authorities found five bodies in and around vehicles trapped at the end of a long road with no way out.

To make the town safe, officials would have to start fresh with a new grid of interconnected streets and alleys, spend millions of dollars a year to keep brush and trees in check, and force homeowners to keep their properties clear, Lunder said.

Trump offers Putin aid to fight forest fires while threatening to withhold aid from California. Like a traitor. https://t.co/pIQZQ8SDxU

“We’re not going to keep fires from burning through Paradise, so whatever they build up there should be something that can survive a wildfire,” Lunder said.
“But just building a bunch of wooden houses out in the brush, we already saw what happened.”

Town leaders are under heavy pressure to keep Paradise both affordable and forested.

“If you take away all the trees, it’s what we’re here for, is for the trees,” resident Vincent Childs told town council members in June as they prepared to vote on new building safety standards.

Former town councilman Steve Culleton said he and his wife couldn’t afford many of the safety proposals and he’s skeptical they would have prevented the Camp Fire.

“We don’t need to be some kind of experiment for the rest of the world,” he said at the meeting.

Paradise officials have taken steps to make the town more fire-resistant but stopped short of the stringent restrictions adopted by several fire-prone Southern California communities.
Paradise adopted only seven of 15 proposed fire safety standards and changed four of those it accepted.

Mayor Jody Jones praised Rancho Santa Fe, in San Diego County, where wood fences can’t touch houses and the fire department sends inspectors with tape measurers to ensure trees and bushes are far enough away. Homes are considered so fire-resistant that people are told to stay inside if they can’t evacuate.

In Paradise, council members rejected a plan to ban combustible materials within 5 feet (1.5 meters) of homes until it would allow plants.

Policing people’s plants, Zuccolillo said, would “kind of go against the fabric of our town.
We don’t want the big government telling us what to do.”

As wildfires continue to ravage communities in California, here’s a reminder that many of those tasked with putting out the fires are incarcerated, paid $1 per hour, and can’t become firefighters once released. https://t.co/dO8trBjqSr

Improving evacuation routes and emergency warnings are still under consideration, while city leaders last month required people to remove hazardous trees that could fall into a public right of way. But the removal of nearly 100,000 trees is still less than a third of those that need to go, council members say.

Jerry McLean is among those who think town leaders are going too far.

An American flag he and his wife, Joyce, left behind a year ago became a symbol of the town’s resilience when photographs showed it flying in the ruins of their neighborhood.

Jerry wanted to move to Texas, but Joyce insisted on rebuilding, and they almost immediately put a down payment on a manufactured home that arrived last week.
They expect to be in their new house by Christmas — but first Jerry and a buddy constructed a new wooden shed just steps away.

He isn’t worried, gazing on the charred matchsticks that used to be surrounding trees.

In another neighborhood, Libby and Jason Hail’s home stands alone, a wide skirt of gravel and fire-resistant stucco construction protecting it from the flames.
What might drive them out of Paradise now is not the fire danger, but Pacific Gas & Electric’s repeated planned power outages.

Electrical cords snaked from a generator in the backyard during a blackout in October, powering the computer Libby uses to work from home.
Even that wasn’t possible when the internet got cut off.

“If this is going to be our new normal for 10 years, I can’t do this for 10 years,” she said, referring to PG&E’s estimate of how long the outages could go on. 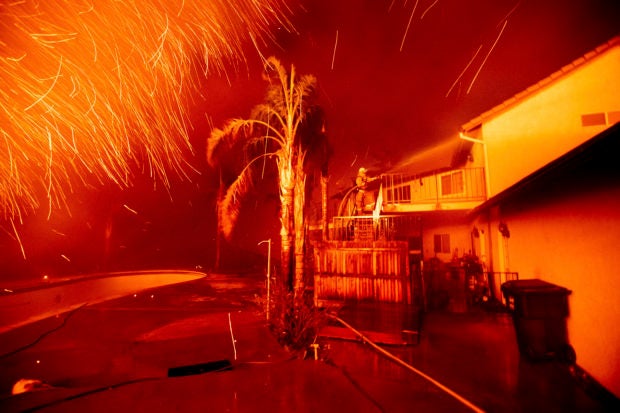 Repeated blackouts are one-way utilities are trying to prevent another Paradise disaster as climate change makes wildfires deadlier and more destructive.
They plunged millions of people into darkness multiple times last month, drawing anger for upending people’s lives for days.
And it may not have stopped their equipment from igniting wildfires that burned homes.

Yet lawmakers of both political parties say California missed opportunities to make the state safer.

And they stalled legislation to set statewide standards for building in very high-risk fire areas over concerns it could limit affordable housing.

California’s growing homeless population is one reason there is little talk of prohibiting construction in high-risk areas like Paradise.
Rural areas are generally much more affordable than cities like San Francisco and Los Angeles, which face their own dangers from earthquakes, fires, and rising oceans.

Newsom wouldn’t block homebuilding in high-risk areas after the fire in Paradise, saying there is “something that is truly Californian about the wilderness and the wild and pioneering spirit.” 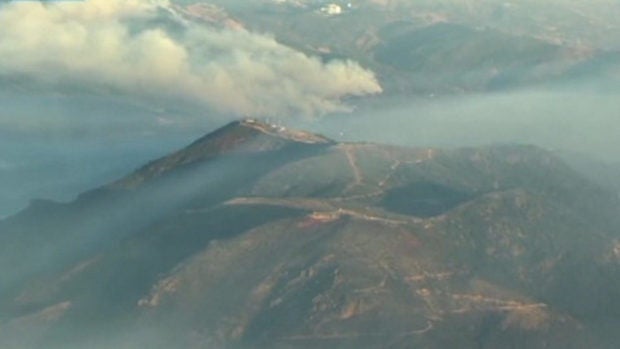 Char Miller, a Pomona College professor of environmental analysis, said officials should instead consider creating a fund to buy property in flood and fire zones and keep it as open space.

“It actually pays someone not to live there rather than telling them, ‘You can’t,'” he said.

More than 2.7 million Californians live in areas at very high risk for wildfires, according to an Associated Press analysis of census data and state fire maps.
Nearly 180 cities and towns are in very high hazard areas.

Timothy Ingalsbee, executive director of Firefighters United for Safety, Ethics, and Ecology, said clearing trees is usually counterproductive because the weeds and brush that grow back in open areas are more flammable than the mature trees they replace.

“We have the technology and the know-how to build homes that are less flammable.
We have no ability to do that to the forests,” he said.

Bill Husa and many like him loved Paradise because it was like living in a national forest, with all its risks and rewards.

“Taking all the trees was harder on me than losing everything in the fire,” he said, standing in the powdery red dust where his home was once sheltered by old-growth oaks and evergreens.

The 56-year-old doesn’t have the money to rebuild and isn’t sure where, or if, he’ll get it.