California’s attorney general on Wednesday accused Facebook of failing to provide a slew of information subpoenaed in a probe of its privacy practices begun last year in the wake of the Cambridge Analytica scandal.

State attorney general Xavier Becerra said that a filing in a San Francisco court calls on a judge to compel Facebook to “comply adequately” with an outstanding subpoena and sets of questions handed to the company in June.

Facebook just made the best way to video chat https://t.co/lvKeNwCatq

Becerra announced the filing while confirming an investigation into whether Facebook deceived users and misrepresented its privacy practices, particularly in connection with personal information hijacked by the consultancy Cambridge Analytica and later used for political ends during the 2016 US election.

“Those are serious allegations when you consider the personal information we share with Facebook every single day,” Becerra said during a press briefing.

Becerra declined to provide details of his inquiry, which he contended would not have been formally announced had it not been for the filing on a public court document on Wednesday.

The investigation involved Facebook practices related to privacy and disclosure of user data to third-parties such as creators of apps at the online platform, according to Becerra.

The information he said was being sought from Facebook included emails of top executives Mark Zuckerberg and Sheryl Sandberg.

“If Facebook had complied, we would not be making this announcement today,” Becerra said.

Facebook denied any effort to stymie the official probe.

“We have cooperated extensively with the State of California’s investigation,” Facebook vice president of state and local policy Will Castleberry said.

Becerra’s office initially subpoenaed Facebook in June of last year, but the company “moved slowly” taking more than a year to provide the requested documents, according to the state’s top law enforcement officer. 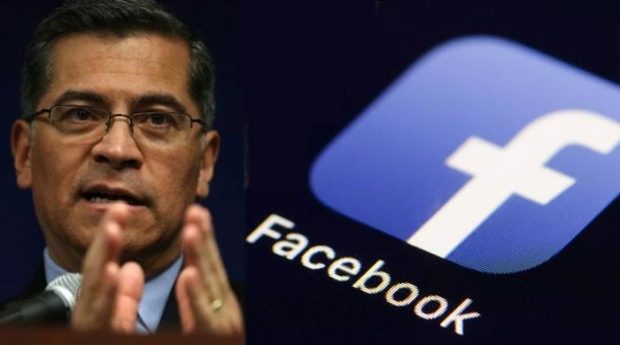 The subpoena at issue in the court filing on Wednesday was a request for additional information sent to Facebook this year.

According to Becerra, Facebook did not supply six requested documents, nor did the company fully respond to questions or information about emails sought by investigators.

“Today, we are asking the court to make Facebook respond to these legitimate requests,” Becerra said.

“Whether it is senior executives or others, we have to find out what they were really doing.”