Impeachment Probe Is Driving US Stocks to Decline

The S&P 500 was down about 0.5% Thursday morning as the House convened to vote on the ground rules for its impeachment inquiry and eventually closed with a decline of 0.3%.
Analysts say investors likely had other issues in mind as they sold stocks.

If you want to send a message to the Do Nothing Democrats that Kentucky and America support President @realDonaldTrump—VOTE REPUBLICAN and vote to re-elect Governor @MattBevin and the whole Republican ticket! pic.twitter.com/mwxZLqjQXg

A look at Trump’s claim Thursday on Twitter as stocks dropped a day after setting their second record this week:

The stock market is more concerned with the U.S.-China trade war, the strength of the global and U.S. economy, interest rates and corporate profits than the impeachment inquiry.

For instance, on Thursday, analysts pinned the market’s drop largely on a weak report on business activity in the Midwest and worries about the trade war with China that Trump himself began.

Since House Speaker Nancy Pelosi, D-Calif., announced a formal impeachment inquiry on Sept. 24, the S&P 500 has risen 2.4%, and it reached record highs twice this week.

It’s tough to tease out for certain the impact of the impeachment proceedings given all the moving parts that go into setting stock prices.
But many investors on Wall Street see impeachment having only a modest effect at most, and one unlikely to last for long.

That’s chiefly because few see a real threat of Trump ultimately getting removed from office by Congress.
Even if the House impeaches the president for asking another country to investigate a political opponent, investors tend to believe the Republican-controlled Senate will likely acquit him.

That would mean Trump and his lower-tax, less-regulation approach that markets like is unlikely to leave the White House, at least until after the next election.

“Yes, investors are aware of it, but it doesn’t have any direct policy implications right now,” Kate Warne, chief investment strategist at Edward Jones, said about the inquiry.

When asked where it ranks in the list of concerns for the stock market, Eric Freedman, the chief investment officer at U.S. Bank Wealth Management, reels off other issues, such as interest-rate policy, economic growth trends, corporate profits and trade wars.

“I would put impeachment issues at the bottom of that stack,” Freedman said.

One risk investors do see is that the impeachment inquiry leaves less oxygen for other discussions on Capitol Hill.
Does it lengthen the timeline for reaching a trade deal with China, for example? Does it snuff out hopes that Washington could pass legislation on prescription drug pricing or infrastructure?

Investors would also like to see progress on the trade agreement involving the United States, Mexico, and Canada, known as USMCA.
There, though, the impeachment inquiry may provide a counterintuitive boon. 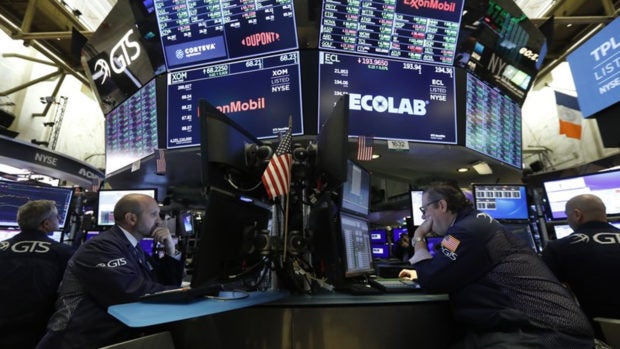 “Is it possible that both Republicans and Democrats now want to hurry through the USMCA deal as a way to show some positive chips with constituents who, on one side of the aisle or another, are not happy with impeachment?” asked Paul Christopher, head of the global market strategy for Wells Fargo Investment Institute.

Past impeachments have affected the stock market, but only temporarily.
Investors eventually returned their focus to what really matters for a stock’s price: how much profit a company is making and whether that will rise or fall in the future.

In 1974, an energy crisis and recession were what drove the stock market lower, not President Richard Nixon’s resignation, strategists at Citi Private Bank wrote in a recent report.

In 1998, the S&P 500 sank sharply on the day that Independent Counsel Kenneth Starr delivered his report to Congress on possible impeachable offenses by President Bill Clinton.
But worries about slumping economies abroad were the bigger concern for investors at the time.

Stocks would eventually rise, even after the House voted to impeach Clinton until they blew up in the 2000 dot-com bubble.