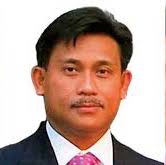 SAN FRANCISCO — the official voice of the Philippines for San Francisco and most of the West, spoke to the irony of the Independence Day celebration taking place in San Francisco’s Union Square, home of a monument that represents the polar opposite of Philippine Independence.

Indeed, the monument, is the negation of the spirit of independence. While the people do the tinikling on temporary stages, a monument looks down on the proceedings from on high honoring.

McKinley? He was the guy who pressed for an Imperial America.

So on the day we honor Emilio Aguinaldo, who established the First Philippine Republic, and led to the Philippine-U.S. war and its immoral number of Filipino casualties, we must ask this question: Is Union Square really the right place to celebrate this day?

Who would turn more in their graves at the thought of the revelers at Union Square? Freedom-loving Aguinaldo, or the statue’s imperial honorees, Dewey or McKinley?

Benurto was a true diplomat. Listen to his answer on the podcast.

We also talked about the importance of Independence Day here, and how we should view what is clearly a move toward a more nationalistic Philippines.

I then asked Bensurto how Filipinos in America should view the extrajudicial killings, and the acts of violence which polls say people in the Philippines fear. I asked him if any families here have contacted him about families there.

We end up talking about Duterte and the possibility of a Trump visit here. And how the Consulate has established Ambassador tours to increase American Filipinos’ awareness of what is happening “back home.”

The interview was conducted before martial law was declared in Mindanao.