Overtaking on the road to Idaho: Notes on fatherhood 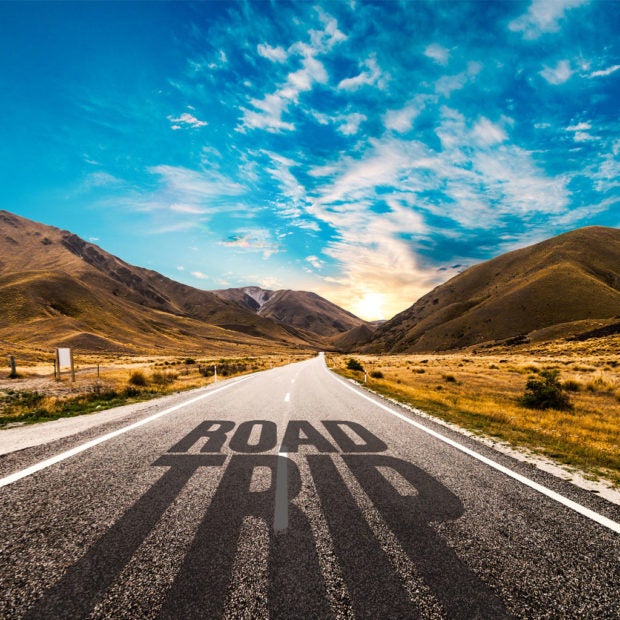 The truck was more than a mile away coming toward us on the opposite lane. But my son shifted lanes too early, with too much distance between us and the car in front of us. He slowed down and carefully moved back to our lane.

The timing was wrong. He had to wait for another chance to try again to overtake the car in front of us.

We were on Highway 95 on our way to Boise, Idaho. My son wanted to meet with a college friend who was stationed there and I decided to join him on the drive.

It was a 10-hour drive from our home in the Bay Area, a 1,300 mile round trip journey. We completed it in 48 hours. The trip was exhausting and uneventful, except for a false alarm with one of our tires which forced us to stop in Reno.

But it was also special in a way. It reminded me of an important lesson about fatherhood and parenting in general. Being a parent I quickly learned  is about being present, staying close, while steadily, progressively letting go.

I learned this from the time my son was an infant.

You need to keep him safe and make sure you’re always there. But there are times when you need to let a child figure things out on his own. You need to let him figure out how to turn over, how to crawl, how to walk.

Guiding him on his first steps is good. But you need to let go of his little hands at some point — even if it means watching him kneel or fall (safely on carpeted floor), crying in frustration. Eventually, he’ll get it. And eventually he did.

There was less clarity on other forms of letting go in child-rearing. For example, co-sleeping, or having your child sleep with parents in their bed is generally frowned up by some parents. They encourage training an infant to spend the night in his crib alone in his room.

But hearing our son cry in his room was simply was tough for my wife and me. So we took the co-sleeping route which made bonding with our baby a more meaningful and more restful experience.

He left for college two years ago which was hard and sad. But I must say the toughest letting go experience came a couple of years before that — when he was learning to drive.

He took lessons, but it was up to me to help him practice. (His mom adamantly refused.) And it was, to be sure, a scary experience for me. Talk about letting go. You’re in the car with a new driver who is in charge, who is literally in the driver’s seat.

But on that drive to Idaho, I realized that he still had some things to learn about driving. He hadn’t had much experience overtaking on a long two-lane road.

And on the 256-mile two lane highway that cuts across Nevada and Oregon before ending up in Idaho, he had plenty of opportunities to give it a try.

And out there in the middle of nowhere, I had to, once again, let go.

By then, I was confident of his skills. He had become a cautious, conscientious driver. And it showed as I watched him figure out when and how to take to the opposite lane to safely drive past a slow-moving car or truck.

“You made your move too early with too much distance from the car ahead of us,” I told him, after he carefully drove back to our lane.

And I watched him pull up a bit closer to the car ahead of us, watched his eyes make the quick calculations, before making his move.

He crossed to the other lane, picked up speed and then smoothly crossed back to our regular lane, to resume a steady pace.

I will admit it I got a bit anxious in his first attempt. But I became more relaxed after that. I let go.