Blood-curdling October encounters with the paranormal 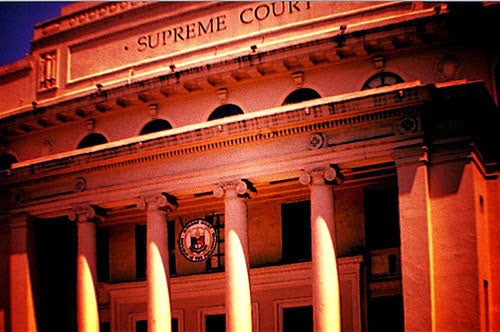 Consider the story of a sensible man, who didn’t believe in the supernatural and laughed at tales of ghostly visitations. Until he unwittingly took one step beyond, and stumbled into the twilight zone. That man, dear readers, is me.

I had been skeptical of claims to the paranormal, when on a recent October evening I found myself on Manila’s venerable Padre Faura Street as the sun was slipping beneath the Bay’s faraway horizon, lengthening the shadows around me.

I suddenly felt a heavy shroud of foreboding as I came near an old edifice with a vast portico whose portentously dark corners and menacing columns were a picture of malignity. The place was deserted but for a forlorn security guard leaning against a heavy front door.

Where am I, what is this building? I asked.

“I would not enter at this late hour, sir,” he cautioned. “For this is the haunt of the … Corte Extrema.”

He said there had been sightings of figures in black robes floating in the corridors after hours or huddling in mist-filled back rooms. Leaning towards me and pointing to the door he shussed: “Sir, there, there, listen closely.”

I swear to my departed ancestors that I indeed heard spine-tingling moans of “Yes! Yes! And Yes! Anything you say, Mr. President! Yesss!”

The spectral beings, the guard said, just had a new Chief who was the loudest and most regular “yes” man of them all. Moreover, he whispered, security cameras have recorded poltergeists shuffling case files in the dead of night, so that blatantly unjust lower court rulings were often mysteriously upheld. My hair stood on end. I fled. 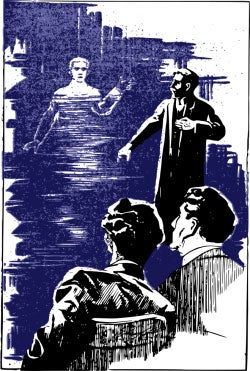 After a hasty jeepney ride, I found myself before the Office of General Solicitations, long rumored to be the source of chilling EVPs or Extra Vindictive Prosecutions.

Peering through a window I saw grotesque changelings lounging in a den of iniquity — hardened drug criminals transforming into credible witnesses before my very eyes, loud plaintiffs suddenly morphing into mutes or disappearing in thin air, stool pigeons turning into sacred cows. There was even a pimple that grew a face for no discernible reason. A disembodied voice warned me, “Stay away! Or spend years behind bars without the benefit of a trial.”

I ran and hailed a taxi. But to my alarm, the driver looked like the living dead. Noticing my frightened stare, he said in a hollow voice, “Sir, I only look like a corpse because a recent study showed that Filipinos spend 16 days a year stuck in traffic. Those were my vacation days. I spent the last one two hours ago between Pasay Road and the Guadalupe Bridge.”

Fearing a taxi ride through eternity, I got off at first chance, only to find myself at witching hour in front of the still somewhat respectable Senate. But inside, I’m still terrified to say, I saw strange anomalies normally invisible to the naked eye.

I beheld the whiskered Head Spirit hovering in his favored place of manifestation, beside the copy  machines. There also was the apparition of a seemingly toothless new senator whose image always strangely appeared in presidential photos. But most terrifying was a bald presence, a new lawmaker hulking as a boulder, who alternately wept or made funny faces. Upon a closer look, it became clear that he only had a hole in his head where a brain should have been. I peed in my pants. It’s said that these new inhuman elementals materialized on election night, when everything inexplicably went dark for seven hours.

Outside, a tricycle driver said that for more supernatural encounters I should visit the Gatasang Pambansa in Quezon City, where loomed the malevolently named Lower House. This haunted complex, he said, teemed with fly-by-night bloodsuckers, ghost employees, and intellectual dwarfs gorging on illicit pork from the public trough. Nearby at the Sabwatanbayan, he said officials had held séances with the maleficent spirit of the dead dictator, after which charges of hidden wealth against his family were eerily dismissed. Enough! No more! I said to him. An invincible power must exorcise the evil from these cursed public institutions.

So, I hied to the Presidential Palace to beg for this cleansing. I was surprised to see that the seemingly toothless new senator I had encountered was also in the gloomy stateroom, fawning as usual over our head of state. Then, to my utter horror, when the latter haughtily sat on an imposing mahogany chair, I saw that he, or it, was an unearthly impostor. A body snatcher. It could only have been. For he was not the picture of rude health that I had expected. His cheeks were black as night, like a banshee’s. Irish lore says that anyone who sees that apparition will soon die. And many who had seen it had perished. So,  I…I … was looking at the very face of death!

Adding to my surging fear, a clutch of black-clad ninja cops sat on revving motorcycles in the Palace yard, riding in tandem to go rap, rap, rapping at the door of the next unfortunate to be delivered to oblivion. It could be me, I gasped.

Dropping to my knees I began to pray … several Hail Marys plus, say, three or four Our Fathers…

“Gago! Your prayers have no effect here because your god is stupid, putangina kayo. Your religion is shit! Mwahahaha!!” the phantasm on the mahogany chair taunted me, waving a bursting colostomy bag.

To my relief, the dandy palace spokesman, an ectoplasm, sought to restrain my mounting panic. “Don’t worry,” he slimily assured me, his forked tongue wagging beneath a lizard grin. “If you want to live longer, just make sure you don’t die right away.” I thought his puzzlingly sage remark would rouse me from my Undas eve nightmare, but it didn’t. For it was no nightmare. And I, dear readers, am no longer a skeptic.