Fil-Am in award-winning satire on race

Fil-Am in award-winning satire on race 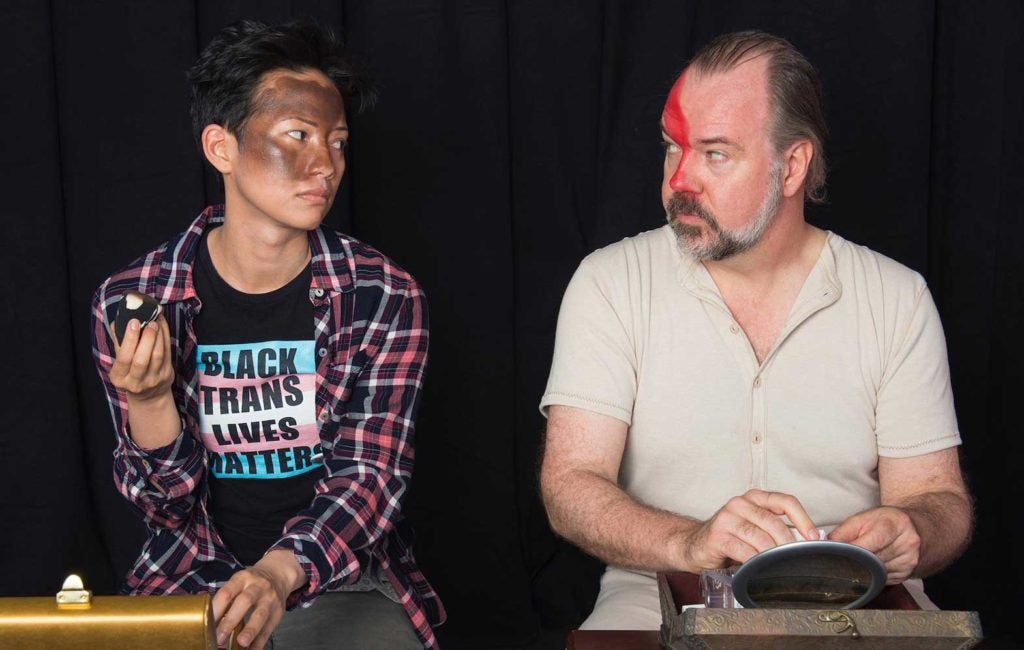 Filipino American Hazel Lozano (left) is in the cast of “An Octoroon.” JENNY GRAHAM

LOS ANGELES — Filipino American Hazel Lozano is part of a play where actors will be in blackface and redface.

Branden Jacobs-Jenkins’ “An Octoroon” is “a spectacular collision of the antebellum South and 21st-century cultural politics, twisting a funhouse world of larger-than-life stereotypes into blistering social commentary to create a gasp-inducing satire.”

In the story, Lozano plays the part of a production assistant where a modern-day Black playwright decides to adapt his favorite melodrama play from 1859.

But he quickly realizes that getting white male actors to portray evil slave owners isn’t easy. So he decides to perform the white male roles himself—in whiteface.

Blackface is when non-Black performers use darkening make-up to mimic the appearance of Black persons. In the U.S., the practice evokes an offensive and racist history of caricaturing negative stereotypes of Black slaves. Redface is the offensive lampooning of Native Americans.

In the Los Angeles premiere of this work, which will be the inaugural production of Fountain Theatre’s new outdoor stage; what ensues is a world where “race and morality are challenged, mocked and savagely intensified.” 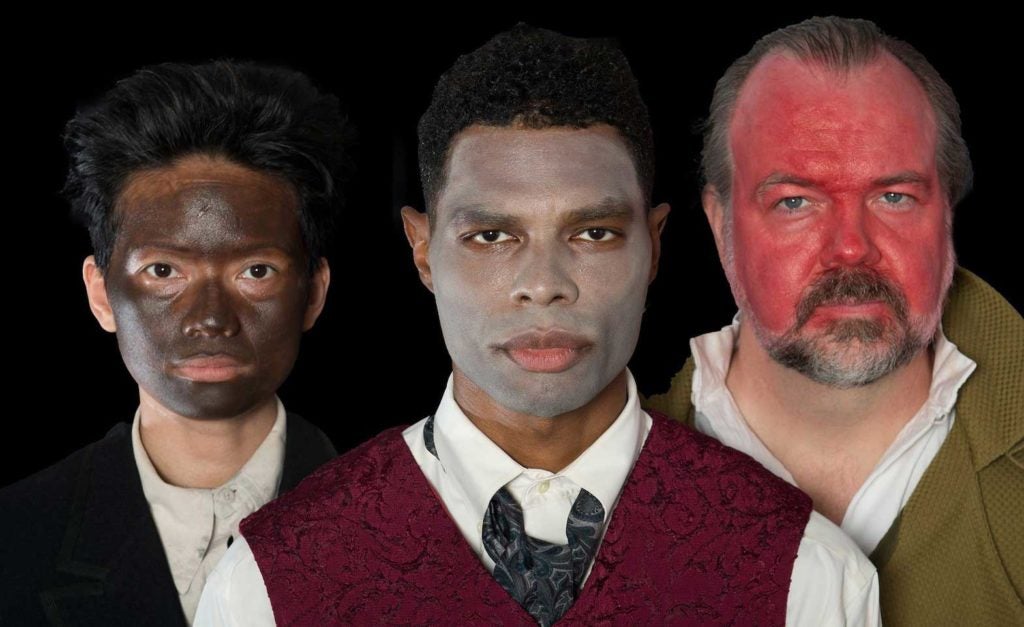 This Obie Award-winning play has been described as “radical, incendiary and subversively funny.”

Born in the Philippines, Lozano moved to Washington state with her family when she was nine years old. “Both of my parents are from Iriga City. Taga-Iriga ‘ko, sagkud gusto kong magpraktis ka Irigueño ko. Sari po kamo, mga Irigueño sa LA (I’d like to practice my Irigueño)?!” she says.

She inadvertently got herself into the world of theater when she was in the first grade. “I raised my hand, trying to be helpful to the class. Then I found out I had volunteered to perform a one-person play in front of the whole school.”

But since then, she’s been hooked. Her previous credits include Administrator in Fil-Am playwright Boni Alvarez’s “America Adjacent.” Other credits include Iago in “Othello.” She produces the Intimacy Choreography In Conversation podcast,

“I feel privileged being chosen to work on productions like this: shows that challenge our audiences to really see themselves and the world around them. That make them confront and interrogate biases they didn’t think about before.

“I’ve been very grateful to this group of collaborators. Judy and Fountain Theatre have assembled some of the most talented folks I’ve worked with in LA, onstage and off. It’s been a beautiful artistic workout every day.”

She says she is “very, very hungry” for audiences to see the work. “Because they are the most important character in the show!”

“This play has so much to teach all of us, whether as Philippine immigrants, Philippine descendants, Asian Pacific Islanders who’ve experienced colonialism, or as Americans who bear privilege and suffering on soil tilled by enslaved African-Americans.

“If we achieve the playwright’s and the director’s objectives, this play should ignite the audience into any number of strong reactions which will hopefully lead to reflection and change.”

The award-winning Fountain Theatre provides a creative home for multi-ethnic theater and dance artists. Its projects have been seen across the U.S. and internationally.