Shaped like an electric guitar, the soaring, blue-glass, 36-story Hard Rock Hotel and Casino is a gamble that its owners, the Seminole tribe, hope will play a profitable tune.

The extraordinary $1.5-billion project brings a Las Vegas sense of scale and style to the US state of Florida.

Tonight is the night you can catch @Highly_Suspect with @Slothrust on the @JBLaudio Soundstage! If you haven't gotten them yet, here's the link to 🎟️: https://t.co/hTUQkAx32W pic.twitter.com/QBEw37LFNs

Boosting a 7,000-seat casino floor, 1,200 hotel rooms and more than 3,000 slot machines and gaming tables, the venue is a major investment for the pioneering — and very wealthy — Seminole tribe.

“We’re very thankful and we’re blessed to be in a position that we can provide the general welfare and the help and assistance that tribe members need,” Marcellus Osceola, council chairman of the Seminole in Florida, told AFP modestly.

“The dollars that we make here will make life a little bit easier for our members when they have health care issues or when they are trying to buy a car to transport themselves with their families.”

The Seminole, which consists of about 4,200 people living in reservations spread throughout south Florida, were the first tribe to enter the gaming industry when opening a high-stakes bingo hall in 1979. 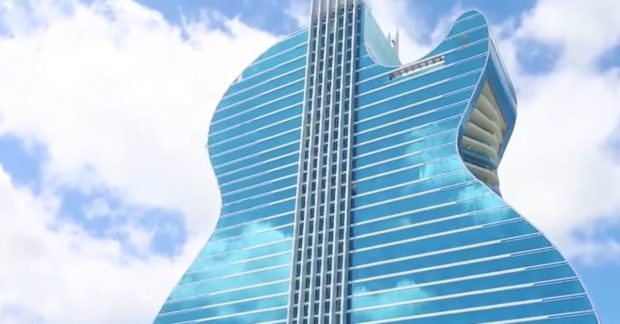 Like the Hard Rock Hotel and Casino, the bingo hall was built in Hollywood — not the Californian home of the movie industry — but a city 30 kilometers (20 miles) north of Miami.

In a series of judicial rulings, the Seminole and other tribes won the right to maintain casinos in the United States in 1988.

A Tribe of Millionaires

Today the Seminole has become one of the most successful tribes in terms of business, pulling in big money. Everyone who has at least 25 percent of Seminole blood receives a portion of the profits.

The tribe is reluctant to discuss exact sums, but Forbes magazine in 2016 calculated each member gets $128,000 annually from birth and are already millionaires when they turn 18.

The tribe brought the Hard Rock International company for $965 million 12 years ago and operates dozens of cafes, hotels, and casinos under the renowned brand worldwide.

Just this month, it opened another Hard Rock hotel and casino in the city of Tampa, on the west coast of Florida.

“The overall Hard Rock business on a global basis does in excess of $6 billion in revenue in 75 countries around the world,” Jim Allen, Hard Rock International Chairman, and Seminole gaming CEO told AFP. 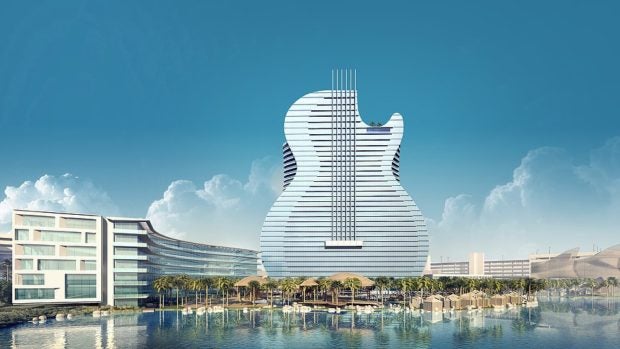 But the flood of money that is represented by the ambitious new “guitar” hotel brings mixed emotions from some Seminole.

“Gaming was instrumental getting us off of our backs and onto our feet and now I think … we need to slow down, catch our breath and say ‘Wow, hold on here.
Where are we, what’s happening here?'” said Daniel Tommie, 57, a Seminole tribe member.

Tommie works in the Ah-Tah-Thi-Ki Museum, 60 miles (100 kilometers) west of Hollywood, in the Big Cypress Indian reservation in the Everglades wetlands.

“Financially there are some tribes that wanted to stay away from gaming because they saw the negative effects … There is too much crime coming to the reservation, too many elders spending all their money,” he said.

“So I think the important thing is to enjoy that success but to remember how we got here.
Because if you lose your way I’m not sure what will happen.”