A choppy day of trading on Wall Street ended Tuesday with stocks closing lower after a sell-off in technology stocks strengthened toward the end of the day.

That late-afternoon burst of selling erased modest gains for the market, which was coming off two weeks of gains.

The major indexes wavered for much of the day between small gains and losses as investors weighed a mixed batch of earnings reports from McDonald’s, Procter & Gamble and other big companies.

#USDCNH futures at @HKEXGroup have traded below their 50-day moving average for two weeks after trading above it for about two months. Has the trend changed? #Renminbi #USD #CNH #FX #China pic.twitter.com/tlTQyEm9OH

“There have been some winners and some losers.
There’s been a couple of misses.”

Smaller company stocks fared better than the rest of the market.

The yield on the 10-year Treasury note, which is a benchmark for the interest rates banks charge for mortgages and other loans, fell to 1.77% from 1.79% late Monday.

Investors have been shifting their focus to corporate earnings reports as they wait for developments in the trade negotiations between the U.S. and China. 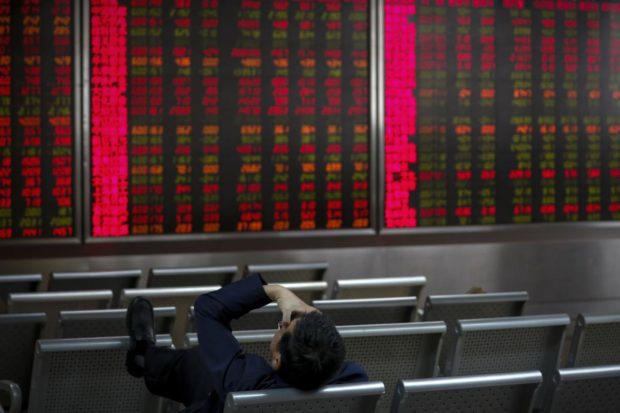 Optimism over the latest round of talks, which for now have at least prevented the costly conflict from escalating further, helped put investors in a buying mood in recent weeks.

The benchmark S&P 500 has notched weekly gains in the past two weeks.

Analysts came into this latest earnings season expecting profits to decline overall for companies in the S&P 500.

But with about 15% of companies in the index reporting so far, results have been surprisingly positive.

Earnings growth fell slightly in the first and second quarters, according to data from FactSet, which was better than Wall Street’s expectation at the start of those reporting seasons.

“If we see a negative year-over-year earnings growth quarter, it’s going to give the market a little bit of pause.”

While some of the company earnings on Tuesday were surprisingly good, a few large companies gave investors disappointing results that tipped the market into the red.

McDonald’s slid 5% after reporting that its third-quarter profit and revenue fell short of Wall Street’s forecast.

It was one of the big decliners among companies that rely on consumer spending.

It also said it will ask regulators to approve a treatment for Alzheimer’s.
The company’s gains gave a strong shot to the broader health care sector. 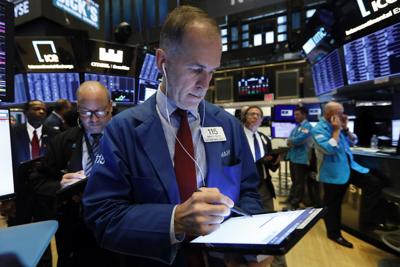 The busy week of earnings continues Wednesday with reports from Boeing, Caterpillar, and Microsoft.

American Airlines, Twitter and Amazon will report on Thursday.

Technology companies accounted for most of the selling on Tuesday. Microsoft dropped 1.5%.

Netflix led the slide, dropping 4.1%.
Facebook lost 3.9% following news that a state-level antitrust investigation into the social networking giant now has the backing of a bipartisan group of 47 attorneys general.

However, they also rejected the government’s fast-track attempt to pass the bill within days.