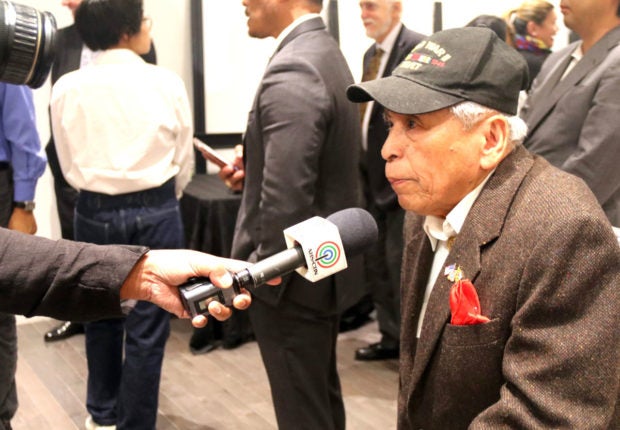 WASHINGTON, D.C. – This year’s Istorya DC celebrated the 75th anniversary of the Leyte Landing, more popularly known as U.S. General Douglas MacArthur’s “return” to the Philippines to start the campaign to recapture and liberate the Philippines from Japanese occupation during World War II.

Istorya DC is an annual, educational gathering in October to mark Filipino American History and Archives Month. The 2019 Istorya DC symposium was held at the Philippine Embassy Chancery Annex on October 22. 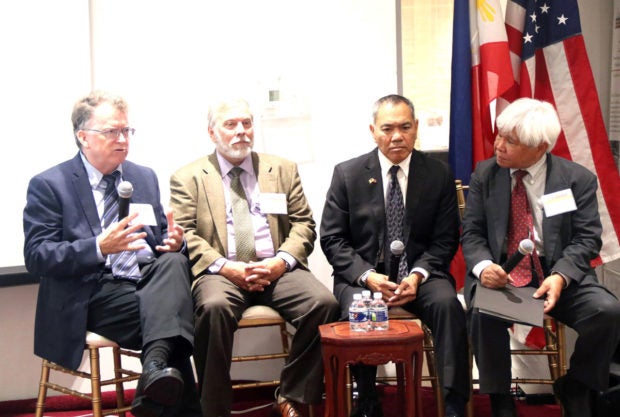 A panel discussion highlighted the celebration. Sharing their perspectives on the landing were Dr. Richard Meixsel, professor of Military History at the James Madison University; Lieutenant Colonel James Kelly Morningstar (Ret.), a historian and a post-doctoral fellow in the Center for Strategic Leadership at the U.S. Army War College; and Sonny Busa, a retired US State Department diplomat and former US Army infantry officer. Community advocate Jon Melegrito served as the moderator.

The panel touched on the significance of Leyte province in General MacArthur’s landing, the difference between the Normandy landing and the Leyte landing, the decision of US President Roosevelt to authorize General MacArthur’s campaign in the Pacific including to liberate the Philippines, and the impact of the Rescission Act of 1946 on Filipino World War II veterans. 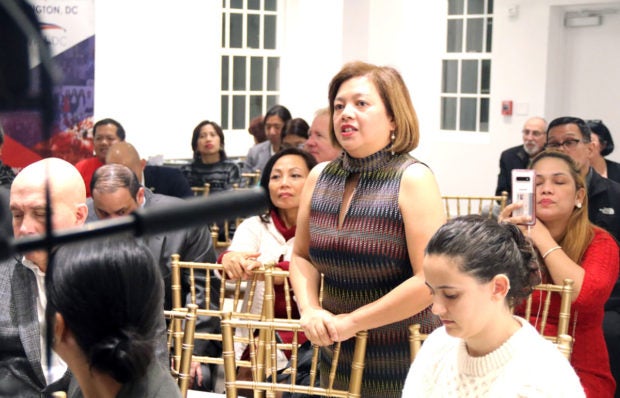 Q&A session with the audience. CONTRIBUTED

Several members of the audience also had the chance to ask questions to the panelists in a brief Q&A portion.

“The most important issue for me is that ‘did the battle of Leyte impact the lives of the Filipino and American families then and today?’” said Major General Antonio Taguba (Ret), Chairman of the Filipino Veterans Recognition and Education Project (FilVetRep) in his closing remarks.

He stressed the importance of preserving the history and fighting for the recognition that these Filipino and American World War II veterans deserve.

A simple Filipino reception courtesy of Manila Mart also took place prior to the program.

“It is our hope that tonight’s celebration would remind us that the close ties we enjoy today were forged in the sacrifice and blood of courageous Filipinos and Americans who fought shoulder-to-shoulder to defend freedom and democracy,” Consul General Renato Pedro Villa told the audience in his opening remarks. 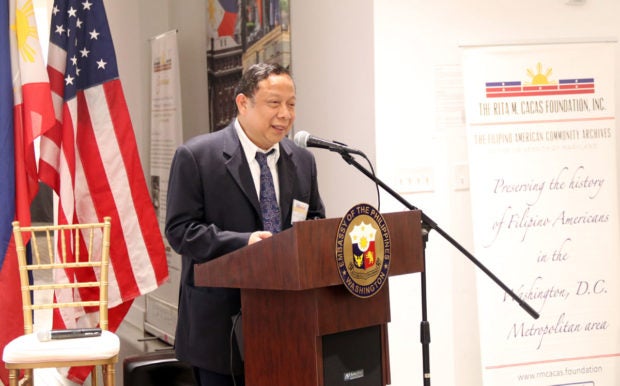 Krystle Canare, President of the Philippine American Foundation for Charities (PAFC), served as the emcee.

Rita Cacas, the main proponent of Istorya DC, said this year’s event was dedicated to the memories of two beloved DC Filipinas who were stalwarts of the FilipinoAmerican community – Elvi Garcia Bangit and Maria Bello Cacas. She she expressed her utang na loob (debt of gratitude) to everyone who helped make this year’s Istorya event possible.