Other Parents and Lori Loughlin Charged Again in College Scheme

“Full House” actress Lori Loughlin, her fashion designer husband, Mossimo Giannulli, and nine other parents faced new federal charges Tuesday as prosecutors pressured them to acknowledge their guilt in a scheme involving dozens of wealthy parents accused of bribing their children into elite universities or cheating on college entrance exams.

A grand jury in Boston indicted the parents on charges of trying to bribe officials at an organization that receives at least $10,000 in federal funding. In this case, they’re accused of paying to get their children admitted to the University of Southern California.

One @USCThornton professor weighs in on the current trends in pop music: https://t.co/iKawUd3qyi via @ELLEmagazine

The charge of conspiracy to commit federal program bribery carries a maximum sentence of up to five years in prison and a fine of up to $250,000.

A total of 35 wealthy and celebrity parents have been charged in the scheme that showed how far some will go to get their children into top universities like Stanford and Yale. 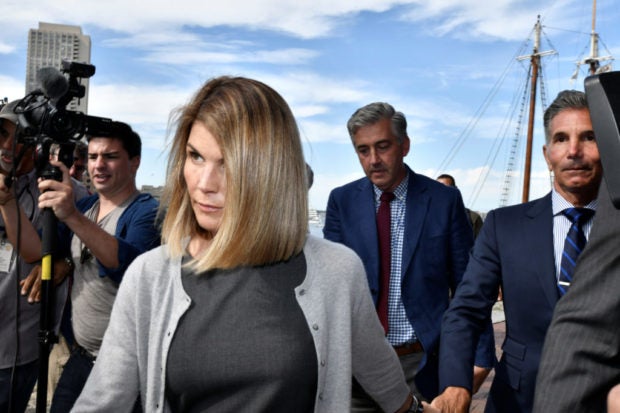 The singer has pleaded guilty and agreed to work with investigators in hopes of receiving a more lenient sentence.

Prosecutors said Wilson paid Singer $1 million in hopes of paying bribes to get two of his children into Stanford and Harvard.

It’s the second time prosecutors have added new charges for parents pleading not guilty in the case.
n April, they added money laundering to the initial charges of fraud and conspiracy.

U.S. District Attorney Andrew Lelling said the latest charges stem an ongoing investigation.
In a statement, he said the new indictment will further his goal “to hold the defendants fully accountable for corrupting the college admissions process through cheating, bribery, and fraud.”

Lawyers for Loughlin, who starred in the 1980s and ’90s sitcom “Full House,” and Giannulli did not immediately respond to the charges.

The couple is accused of paying $500,000 to get their two daughters into USC as recruits on the crew team, even though neither participated in the sport.

Loughlin and Giannulli have pleaded not guilty.

The USC said Monday that the couple’s daughters are “not currently enrolled.”
The university’s statement said it is “unable to provide additional information because of student privacy laws.” 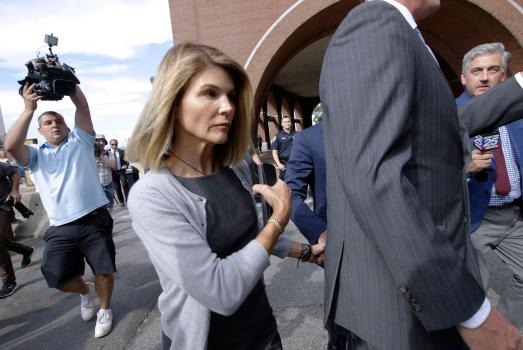 Others indicted on the new charge include William McGlashan, who co-founded an investment fund with U2 singer Bono in 2017, and Robert Zangrillo, a prominent Miami real estate developer.
McGlashan and Zangrillo were among four parents also indicted on new wire fraud charges Monday.

The 11 parents charged Tuesday are among 15 who are fighting the charges against them.
Four other parents changed their not-guilty pleas Monday and were set to be sentenced next year.

An additional 15 parents already have pleaded guilty in deals with prosecutors.

Of the 10 parents sentenced so far, nine have received prison sentences, ranging from 14 days to five months.
“Desperate Housewives” star Felicity Huffman was the first parent to be sentenced and is now serving her 14-day prison sentence.

The seven defendants are now charged with mail and wire fraud and conspiring to commit that fraud on top of racketeering conspiracy.

Among them are former Georgetown tennis coach Gordon Ernst and former USC athletics official Donna Heinel, accused of accepting bribes in exchange for admitting students as recruited athletes.
They have pleaded not guilty.