President Donald Trump lashed out Monday at critics who prompted him to move next year’s Group of Seven summit from his private golf club in Florida, claiming he would have hosted it for free and now it will end up costing taxpayers “a fortune.”

Congratulations to @JustinTrudeau on a wonderful and hard fought victory. Canada is well served. I look forward to working with you toward the betterment of both of our countries!

Speaking at a Cabinet meeting, Trump said it would have been the greatest G-7 ever if held at his Doral resort outside Miami, but “Democrats went crazy” with criticisms that he would have violated the “phony” emoluments clause in the Constitution banning presidents from receiving gifts from foreign countries.

“I was willing to do this for free,” Trump said Monday, comparing it to his decision not to take his $400,000 presidential salary.
“It will cost a fortune for the country.” 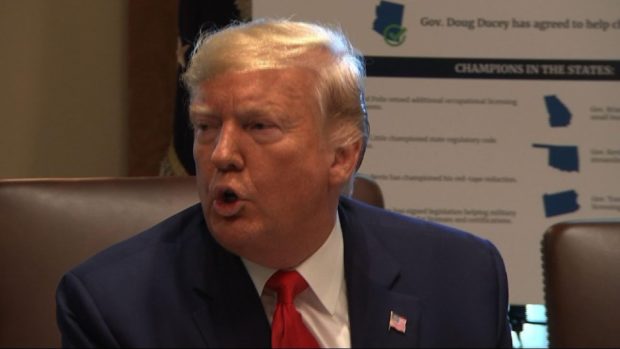 Trump brushed aside the criticism that hosting the summit would have been one big promotion for his brand.
“You don’t think I get enough promotion? I get more promotion than any human being that’s ever lived.”

Trump reversed course Saturday on hosting the G-7 at Doral after Republicans joined Democrats in raising alarm.
His acting chief of staff, Mick Mulvaney, said that the president had realized that “it looks lousy” to steer business to his own property.

Mulvaney said last week that Doral was “far and away” the best venue because of its location near the Miami airport and separate buildings to host each country’s delegation. 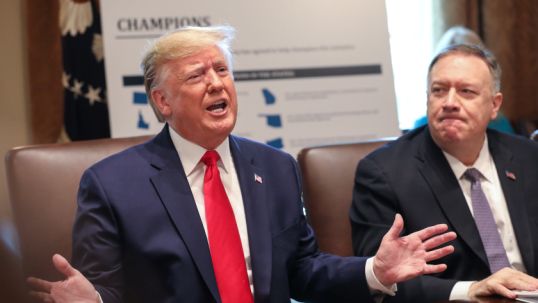 Mulvaney listed more than a half dozen states visited in the screening process, including Tennessee, North Carolina, Hawaii, and Utah.
But the convention, economic development, and tourism officials in several of those states said they were unaware of any visits, and some didn’t even know their state was in the running.

Trump had earlier tweeted that the presidential retreat at Camp David, Maryland, was an alternate location but wasn’t specific when asked at the Cabinet meeting where the summit will be held now.

“I don’t think it will be as exciting,” he said.