The United States is pressing ahead with its withdrawal from northeast Syria and no US ground troops will enforce the safe zone called for in the ceasefire agreement reached with Turkey, the Pentagon said Friday.

US forces will remain in contact with Turkey and Syrian Kurdish fighters that were allies of the US in the fight against the Islamic State group, Defense Secretary Mark Esper said.

The safe zone between Turkey and the Kurds in northern Syria is supposed to be set up under an agreement announced Thursday by US Vice President Mike Pence under which Turkey agreed to suspend its military incursion in northern Syria for five days. 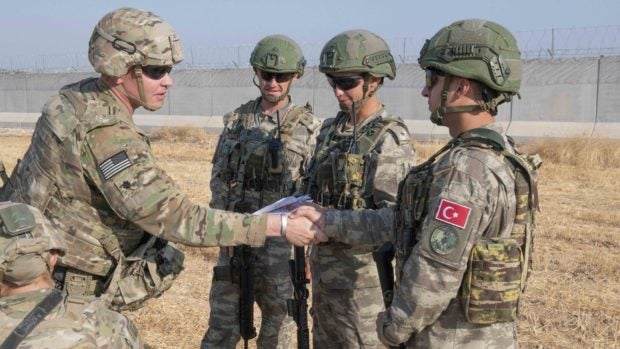 President Donald Trump effectively green-lit the assault by removing a small number of US special forces embedded with Kurdish fighters and serving as a tripwire against Turkish military action in Syria.

He later ordered the removal of all 1,000 or so US troops in northeast Syria.

“The United States is continuing our deliberate withdrawal from Northeastern Syria as previously announced,” Esper said in a statement. 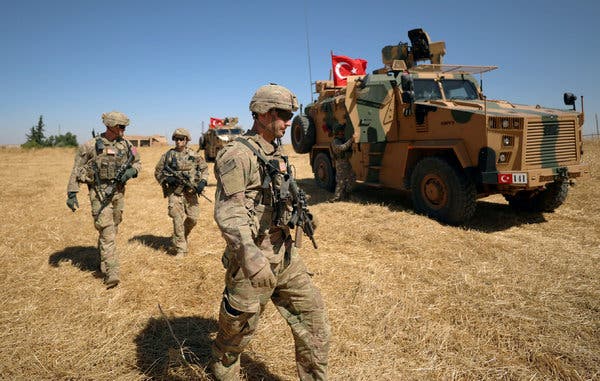 “No US ground forces will participate in the enforcement of this safe zone.”

However, US forces will carry out aerial reconnaissance of the zone, a senior Pentagon official said.
The purpose of this will be to watch over prisons holding Islamic State fighters.