Hillary Clinton has warned that Russia, which interfered in the US election she lost in 2016, is “grooming” a Democratic candidate for a third-party run next year, signaling congresswoman Tulsi Gabbard could fill the role.

The goal of this would essentially be to divide the US electorate and help President Donald Trump win re-election, Clinton said.

When I was a little girl, I wrote to NASA and told them I dreamed of being an astronaut.

They wrote back and said they weren't taking girls.

A new generation of little girls watched today's historic spacewalk. May their dreams of reaching the stars have no bounds. https://t.co/MRR9OVmou7

“I’m not making any predictions but I think they’ve got their eye on somebody who’s currently in the Democratic primary, and they’re grooming her to be the third-party candidate,” the former secretary of state told David Plouffe in his “Campaign HQ” podcast.

“She’s the favorite of the Russians.
They have a bunch of sites and bots and other ways of supporting her so far.” 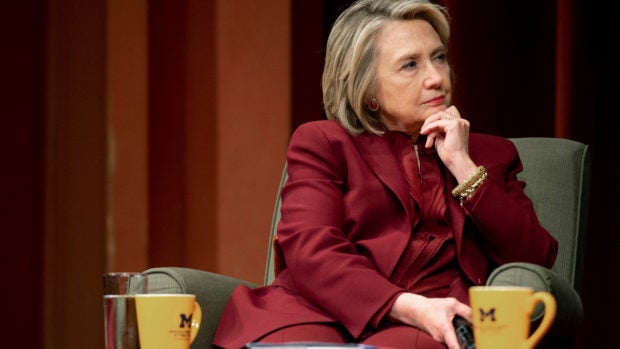 Clinton, speaking on the podcast which first aired Thursday, did not name Gabbard, but it is highly likely she was the woman Clinton was referring to.

The other women in the race are US senators Elizabeth Warren, Kamala Harris, and Amy Klobuchar, and author Marianne Williamson, none of whom are linked to Moscow in ways similar to Gabbard.

US media analysis has shown that sites tied to Russia have celebrated Gabbard’s campaign launch, defended her controversial 2017 meeting with Syrian President Bashar al-Assad and attacked people who have suggested Gabbard is a pawn for Moscow.

Last week The New York Times quoted influential Republicans who said they were impressed with Gabbard’s policy positions and energy. 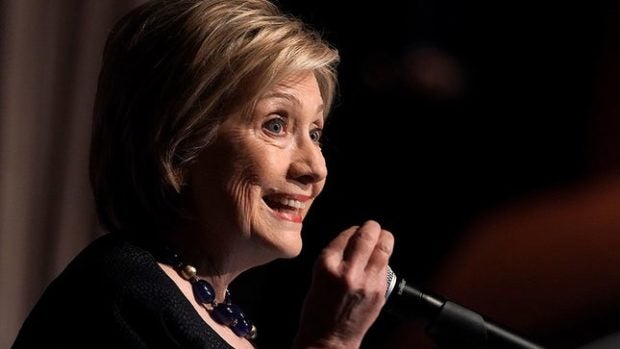 Gabbard has rejected some of the support from rightwing or white nationalist sources, and during last week’s Democratic debate she chastised the Times for publishing “smears” and said television commentators calling her a Russian asset was “completely despicable.”

The US intelligence community has concluded that Russia interfered in the 2016 election in order to help boost the Republican Trump’s chances of winning the presidency.

Clinton said it was clear Russia is laying the groundwork for similar interference in 2020, and that they will likely press for a third party candidate to help divide America’s electorate.

In 2016, Green Party liberal leader Jill Stein won more votes than Trump’s margin of victory in Michigan, Wisconsin, and Pennsylvania, three states that would have secured the presidency for Clinton had she won them.