Rams and Cowboys Looking to Get Back on Track

The Dallas Cowboys and Los Angeles Rams will attempt to get their faltering seasons back on track on Sunday after a run of defeats that has left each franchise flirting with a full-blown crisis.

The Cowboys started their campaign looking like potential Super Bowl contenders, with a smoothly functioning offense powering them to wins over New York, Washington and Miami.

"We have high hopes for him."

Prior to the 2018 NFL Draft, Aaron Kromer visited Austin Corbett for a private workout. A trade later, Kromer + @BigCorbs73 are ready to get to work together.

But back-to-back defeats against the New Orleans Saints and Green Bay Packers followed by a shock loss to the hapless New York Jets last Sunday have delivered a stinging reality check to head coach Jason Garrett’s side.

Fortunately for the Cowboys, there is still plenty of time to halt the slide as they prepare to host the Philadelphia Eagles at AT&T Stadium in Arlington on Sunday.

After six rounds, the Cowboys and the Eagles remain level at the top of the NFC East with three wins and three losses each.

But Garrett’s preparations have been complicated by injuries to receivers Amari Cooper (ankle) and Randall Cobb (back), who both missed practice this week.

Asked this week if Garrett risked the sack, Brown told reporters: “Don’t bet any money on that happening.
You’ll lose it.” 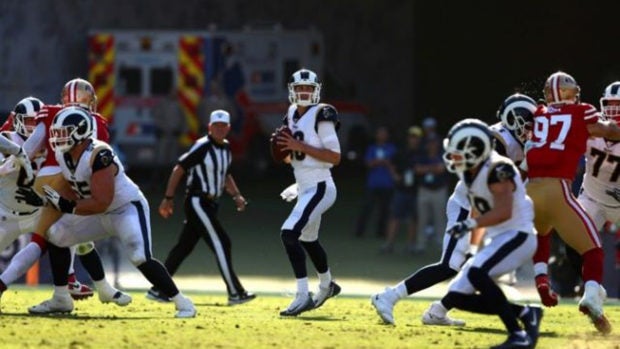 The Cowboys will face an Eagles team which has also struggled with erratic form this year.

The 2018 Super Bowl champions were humbled 38-20 by Minnesota last week, prompting head coach Doug Pederson to offer a bold prediction for this weekend’s showdown in Texas.

“We’re going down to Dallas and our guys are gonna be ready to play,” Pederson said.
“We’re gonna win that football game and when we do, we’re in first place in the NFC East.”

Garrett refused to take the bait when told of Pederson’s remarks.

While the Cowboys remain very much in the hunt at the top of the NFC East, the Los Angeles Rams have a smaller margin for error.

After three straight losses, last season’s Super Bowl runners-up are in danger of being left behind in the NFC West, where the San Francisco 49ers (5-0) and the Seattle Seahawks (5-1) are setting the early pace. 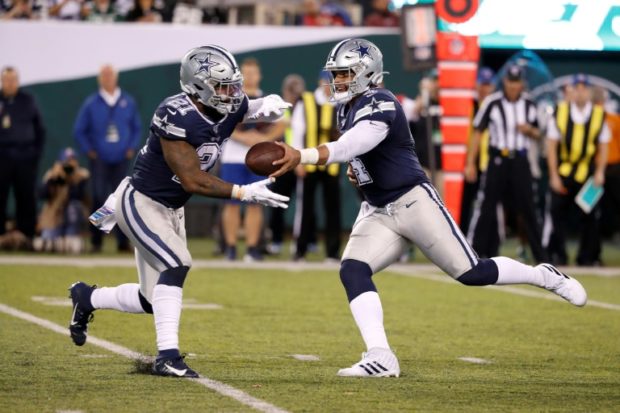 A leaky offensive line has left quarterback Jared Goff struggling for form, with the 2016 No.1 draft pick throwing as many interceptions (7) as he has touchdowns in six games so far.

A niggling injury to star running back Todd Gurley has also blunted the Rams’ cutting edge, while injuries and departures have compromised the defense.

The Rams moved to address some of the personnel issues this week by pulling off a blockbuster deal for Jacksonville Jaguars cornerback Jalen Ramsey while acquiring linebacker Kenny Young.

The good news for the Rams is that they are heading into a run of games where they will be expected to pick up wins, starting with this Sunday’s assignment in Georgia against the Atlanta Falcons (1-5), followed by the Cincinnati Bengals (0-6) on October 27, which will take place in London.

Goff hopes the long stint on the road for the Rams can help knit the squad back together.

“You hope it’s galvanizing,” Goff said.
“We will be in Atlanta for a little while, but it’s one week at a time.
We got to go out and get better and do a lot of things better next Sunday to beat Atlanta.

“They’re another good team and we’ll be in their place.
It’s another good opportunity for us and we’ve got a good chance to make it happen.”

Even a win this weekend however may not alter the Rams pursuit of the 49ers, who will be heavily favored to extend their perfect start at the Washington Redskins (1-5_ on Sunday.

The league’s only other unbeaten team, the New England Patriots, travel to the New York Jets on Monday chasing a 7-0 start.