After an infamous spacesuit flub earlier this year that resulted in accusations of sexism, NASA now plans to carry out the first all-female spacewalk this week, it said Tuesday.

LIVE: Get a look at the spacesuits the 1st woman & next man will wear to explore the Moon in 2024! During this demo, check out the upgrades and view our 2 new suit prototypes – 1 for launch and re-entry, and 1 for exploring the lunar South Pole. Watch: https://t.co/MWSQEvomQs

Astronauts Christina Koch and Jessica Meir will venture outside the International Space Station either Thursday or Friday to replace a power control unit that failed over the weekend.

The first such mission was supposed to take place in March but had to be canceled because the space agency had only one medium-sized suit at the time, with a male-female combination performing the required task at a later date. 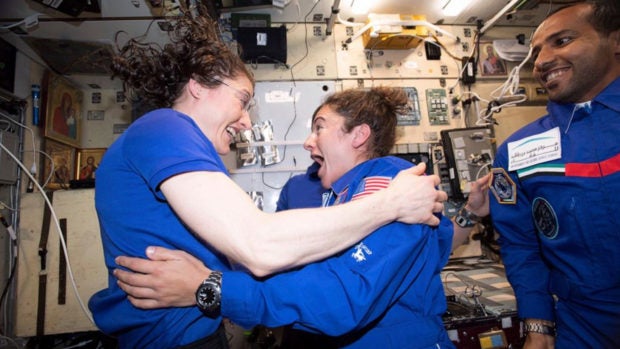 Traditionally male-dominated NASA’s failure to be adequately prepared was denounced in some quarters as evidence of implicit sexism.

The new date was announced by administrator Jim Bridenstine in a tweet, while a blog post detailed the job at hand: swapping out a faulty Battery Charge/Discharge Unit (BCDU) with a new one.

The station is out of direct sunlight for much of its orbit and therefore needs batteries, and the BCDUs regulate the amount of charge that goes into them. 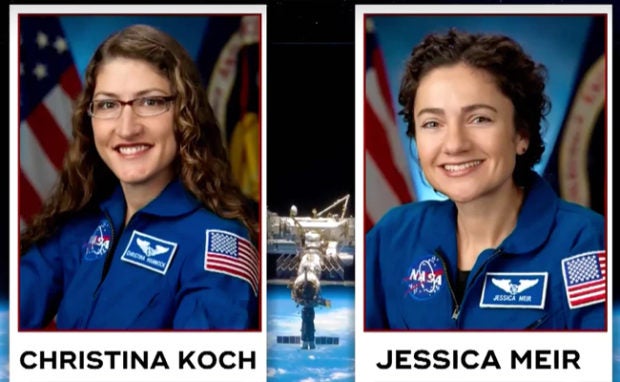 The original all-female spacewalk would have featured Koch and Anne McClain, who is now back on Earth.

McClain is separately being investigated by NASA on allegations of improperly accessing her estranged wife’s private financial records while in space.

Spacewalks last several hours and are frequently needed to perform maintenance on the complex, the first part of which was launched into space by Russia in 1998.