Today, @IvankaTrump is showcasing the results of the first two years of We-Fi! https://t.co/A8fNqfPDzJ

Mulvaney said it was true that Trump used the aid to prod Kiev in July to investigate the allegation — widely viewed as groundless — that the Democratic National Committee had hidden a computer server in Ukraine that would undermine claims that Trump’s 2016 election victory was helped by Russian meddling.

Trump did not want to spend nearly $400 million in military aid to Ukraine because the country was deeply corrupt, Mulvaney said.

“Did he also mention to me in passing the corruption related to the DNC server? Absolutely.

No question about that,” Mulvaney told reporters.

From Bad to Worse 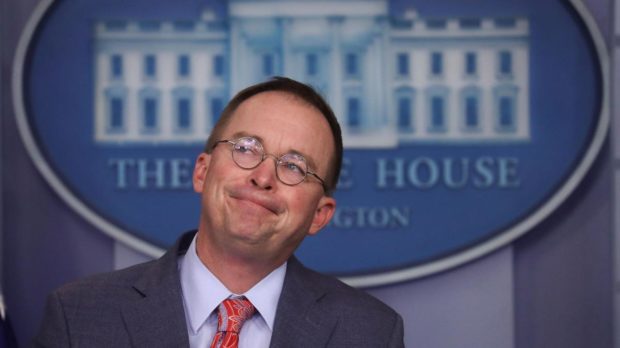 The admission appeared to support Democrats’ charges that Trump abused his power and violated election laws.

“Mulvaney just said that US military aid for Ukraine was held up pending Ukraine’s investigation of Democrats,” tweeted Adam Schiff, the House Intelligence Committee chairman who is leading the impeachment inquiry.

“Things just went from very, very bad to much, much worse,” he said.

But Mulvaney argued that Trump had done nothing wrong because he acted in support of a Justice Department probe into the origins of 2016 Russian meddling allegations.

And Mulvaney denied that Trump also tied the aid to Ukraine investigating a top Democratic rival, Joe Biden, ahead of the 2020 vote.

That Biden allegation is the other key leg of Democrats’ charges against Trump.

“The money held up had absolutely nothing to do with Biden,” he said. 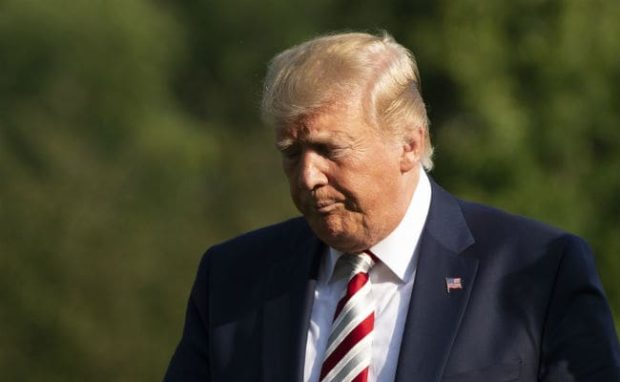 Mulvaney’s comments added to a dramatic day in which a senior diplomat told Congressional investigators that Trump and his personal lawyer Rudy Giuliani sought political help from Ukraine, and US Energy Secretary Rick Perry, who was also deeply involved in Ukraine talks, reportedly submitted his resignation.

Gordon Sondland, the US ambassador to the European Union, said in written testimony that Trump ordered diplomats in May to involve Giuliani in talks with new Ukraine President Volodymyr Zelensky.

Giuliani, he said, sought to pressure Zelensky to investigate Biden and Biden’s son over ties to a Ukraine energy company, Burisma, as well as to find evidence for the 2016 Democratic server theory.
Hunter Biden served on the board of Burisma for five years until April this year.

“Mr. Giuliani specifically mentioned the 2016 election (including the DNC server) and Burisma as two anti-corruption investigatory topics of importance for the president,” Sondland said.

“I did not understand, until much later, that Mr. Giuliani ‘s agenda might have also included an effort to prompt the Ukrainians to investigate Vice President Biden or his son or to involve Ukrainians, directly or indirectly, in the president’s 2020 re-election campaign,” he said.

Sondland, a businessman who was appointed ambassador after donating $1 million to Trump’s inauguration festivities, sought to distance himself from the political storm enveloping the White House.

Sondland said Giuliani was the principal messenger, and that he had few communications with the president’s lawyer.

“Our view was that the men and women of the State Department, not the president’s personal lawyer, should take responsibility for all aspects of US foreign policy towards Ukraine.”

Sondland was the eighth witness to testify to the three House committees leading the impeachment investigation, all defying White House efforts to block them from appearing.

Democrats appear increasingly likely to unveil articles of impeachment — formal charges — before the end of the year.
If approved by the Democrat-dominated House of Representatives, Trump would then go on trial for removal in the Senate, where Republicans have the majority.
House Speaker Nancy Pelosi denied Thursday that the investigation was politically driven, and said there was no timeline.

“None of us came to Congress to impeach a president,” she told reporters.
“Any such actions are to be taken very solemnly, seriously and in my view prayerfully.”

“The timeline will depend on the truth line and that’s what we’re looking for.”