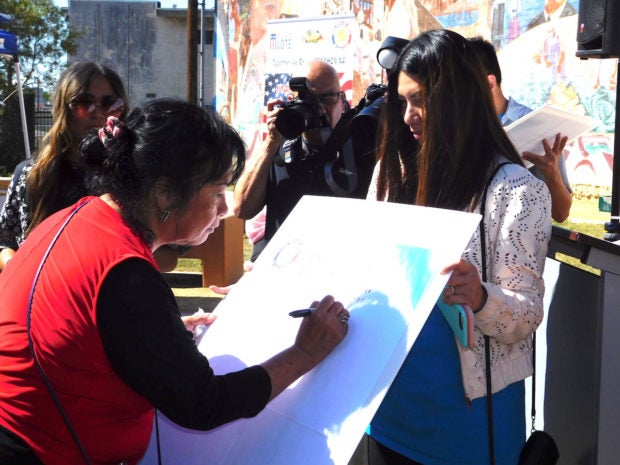 LOS ANGELES — Ahead of the 2020 Census, Filipino Americans in Los Angeles on Saturday, October 12 launched the Filipino Complete Count Committee of Los Angeles County to ensure every person in the community is counted in the upcoming survey.

“Our contributions must be counted,” De Alarik Ojeda, chairperson of the Southern California Pilipinx American Student Alliance and co-chair of the complete count group’s steering committee, said at a news conference to launch the drive. “Our issues must be recognized in order to make sure that every Pilipinx American community is going to be receiving the resources and the respect that it deserves.”

In the United States, Filipino Americans are the third largest Asian American group with a population of more than 4 million. In California, they’re the largest Asian American Pacific Islander group with a total population of nearly 1.7 million, according to the 2017 American Community Survey. In Los Angeles County, Filipino Americans number more than 400,000, according to the 2013-2017 American Community Survey 5-year estimates.

Achieving a complete count is important because it determines how $675 billion in federal funds are distributed every year and the number of representatives each state gets. California has invested $187 million to reach hard-to-count populations, which includes Filipino Americans.

“Communities that are heavily Filipino, for example, if they’re undercounted, then the government doesn’t see as much of a need to put resources toward infrastructure like streets or parks that serve those communities,” explained Aquilina Soriano Versoza, executive director of the Pilipino Workers Center and co-chair of the complete count group’s steering committee.

Funding for organizations serving specific communities, including Filipino Americans, is also affected by the Census. 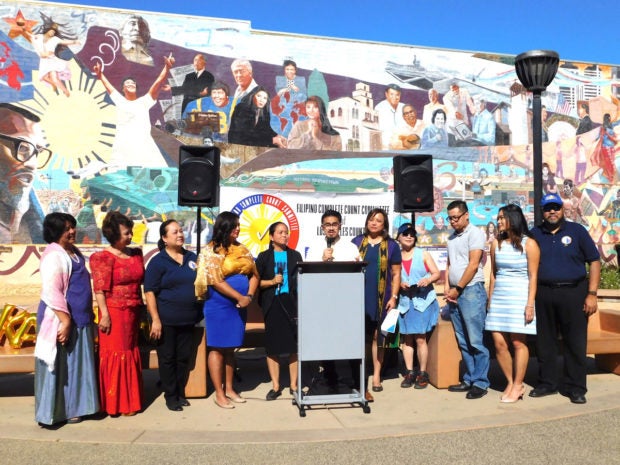 “We are making the argument that our community needs these dollars and they deserve these dollars,” Versoza added. “But if we don’t have an accurate count, then it makes it really hard for us to advocate for as much resources as we actually should be getting.”

Versoza said that among reasons that make it difficult to count the Filipino American community are fears pertaining to immigration status and that people’s housing situation could be affected if a landlord learns a household has an extra person.

Ivy Daulo, partnership specialist at the Los Angeles Regional Census Center, said the responses collected under the Census are confidential under the law. They are not shared with any other government agency and do not affect public services households may be receiving. She also noted that the survey contains nine questions, takes about 10 minutes to complete, and can be done via phone, paper form, or online.

“Whether you’re an immigrant, if you’re documented or undocumented, that’s OK because we are all part of the community here,” Versoza said.

Individuals and representatives of Filipino American organizations, at the conclusion of Saturday’s news conference, signed a resolution establishing the complete count committee.

Outreach efforts by the committee will include social media and traditional media campaigns, and pledge postcards that ask people to commit to completing the 2020 Census and telling their friends and family to do the same.

“Everyone has their own circles of people that they know, so we’re asking everyone to actually step up and be active and take part in this,” Versoza said.