US lawmakers leading an impeachment probe into Donald Trump turned their focus Tuesday to the State Department amid a torrent of explosive testimony over the president’s foreign policy that they say strengthens the case for his removal.

Democrats on Capitol Hill were due to hear from George Kent, a top official in the State Department who was in on the infamous July 25 phone call in which Trump urged his Ukrainian counterpart to investigate one of the US president’s domestic political rivals.

Just out: MEDIAN HOUSEHOLD INCOME IS AT THE HIGHEST POINT EVER, EVER, EVER! How about saying it this way, IN THE HISTORY OF OUR COUNTRY! Also, MORE PEOPLE WORKING TODAY IN THE USA THAN AT ANY TIME IN HISTORY! Tough numbers for the Radical Left Democrats to beat! Impeach the Pres.

His appearance comes a day after former White House aide Fiona Hill testified during a 10-hour deposition that Trump’s personal attorney Rudy Giuliani was running a shadow foreign policy in order to personally benefit the president, according to several US media outlets.

As the Democratic 2020 hopefuls gathered in Ohio for their fourth presidential debate, lawmakers returned from a two-week recess to a deepening crisis sparked by the accusations.

Democratic congressman Eric Swalwell told CNN Hill ‘s deposition had bolstered the argument for removing Trump and said his party would be swift and “surgical” in building the case.

“Every arrow continues to point in the same direction,” he said.

But Trump accused Democrats of hiding the investigation behind closed doors, saying on Twitter: “Democrats are allowing no transparency at the Witch Hunt hearings.

“Let the facts come out from the charade of people, most of whom I do not know, they are interviewing for 9 hours each, not selective leaks,” Trump fumed. 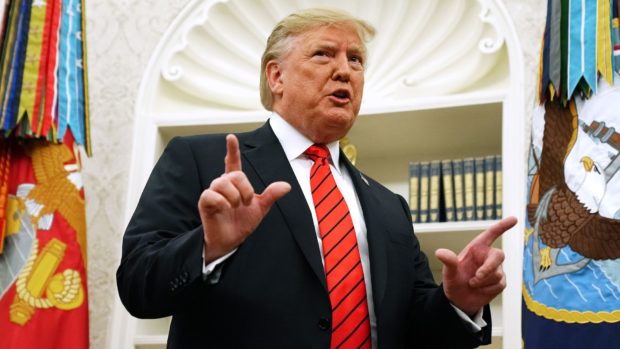 Democrats are seeking information related to Trump pressing Ukraine to uncover dirt on White House contender Joe Biden, while allegedly conditioning almost $400 million in US military aid on that favor.

“I am not part of whatever drug deal Rudy and Mulvaney are cooking up,” Bolton said, according to Hill ‘s testimony as reported by the Times.

She is said to have testified that Bolton warned that Giuliani, who is reportedly under federal investigation over his Ukraine dealings, is “a hand grenade who’s going to blow everyone up.”

She also said she and other officials had raised concerns with the White House national security lawyer, the Wall Street Journal reported.

Swalwell, one of the Democrats involved in the investigation, said Hill ‘s testimony supported the case for impeaching Trump.

“Every arrow continues to point in the same direction,” he told CNN of her testimony. 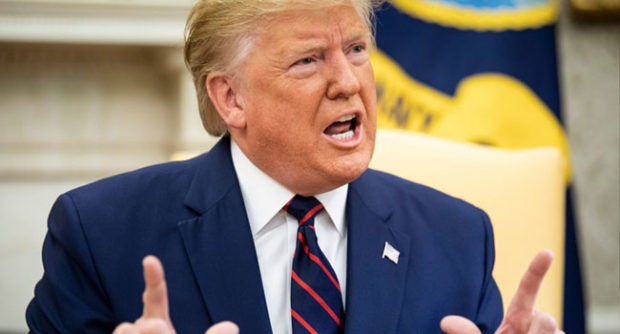 Tuesday’s appearance by Kent, the Deputy Assistant Secretary of State for European and Eurasian Affairs, was due to be followed Wednesday by testimony from former senior diplomat Michael McKinley, who resigned last week.

On Thursday investigators will hear from US ambassador to the European Union Gordon Sondland, a Trump appointee who allegedly worked with Giuliani to pressure Kiev.

The Democrats have so far kept the testimonies secret as they seek to build a case for removing Trump from office.

“We are going to continue to fill the picture in and very shortly release the transcripts to the American people and then decide where do we go from there,” said Swalwell.

Democrat Mark Pocan told Wisconsin Public Radio that articles of impeachment could be drawn up by the end of the year.

“We know that this is going to move very expeditiously,” he said. “We already have a motive, we have a crime, we have a confession and we have evidence.”

Sondland’s testimony could be the most explosive.

Text messages released last month show him communicating with other diplomats and Giuliani to advance Trump’s demand for dirt on Biden.

US law forbids foreign interference in a US election and seeking help from foreign sources.

Trump has accused Biden of trying to protect his son’s Ukraine business ties while serving as vice president, but no evidence of wrongdoing has been produced.