After electrifying a Minnesota crowd with at times shockingly crude attacks on Democratic opponents, President Donald Trump prepared Friday to rally supporters for a second straight day as he tried turning his impeachment scandal into fuel for reelection.

Trump is only the fourth president to face an impeachment probe but after an initially stumbling response, he has hit on a strategy of maximum resistance to try and transform the threat into a boost.

“I never saw so many subpoenas!” @ShannonBream @FoxNews The Democrats have gone Crazy. Just read the Transcript, or listen to the New Ukraine President’s statement, NO PRESSURE! This is a Democrat Con Job. Impeach Schiff for FRAUD!

Polls show growing public support for his impeachment over pressing Ukraine to dig up dirt on one of his main Democratic opponents in the 2020 election, Joe Biden.

And despite White House attempts to stop witnesses from appearing before congressional investigators, former ambassador to Ukraine Marie Yovanovitch, who was fired by Trump, began testimony before three House committees.

Trump was due to fly to Lake Charles, Louisiana, later Friday in a bid to reclaim the political momentum. This comes after he stormed through a rally with his hardcore voter base in Minneapolis, Minnesota, on Thursday, vowing a “backlash” against Democrats. 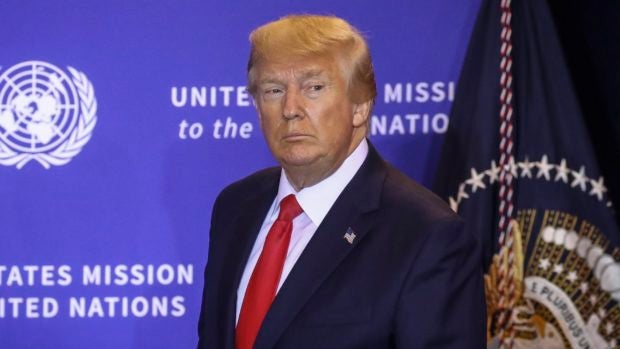 In a speech lasting one hour and 40 minutes, Trump said his opponents were “getting desperate.”

The “insane impeachment witch hunt” will fail, the Republican told the sea of campaign-branded red shirts and hats.

And in 2020 this will “produce a backlash at the ballot box the likes of which they have never ever seen before.”

The Minnesota city is a liberal bastion in the American heartland, giving Trump a juicy target for his favored rhetoric about a supposed far-left takeover of the United States.

Leftist Somali-American congresswoman Ilhan Omar represents Minneapolis, and Trump, who has made Omar a bogey figure among his rightwing supporters, tore into her.

Branding her an “America-hating socialist” and “disgrace to our country,” he boasted about having slashed previous programs to accept refugees into the United States.

That got big cheers but not louder than the boos that Trump led like an orchestra conductor against journalists in the arena.

Calling them “crooked writers” and “fakers,” Trump said, “they are so dishonest and frankly they are so bad for our country.” 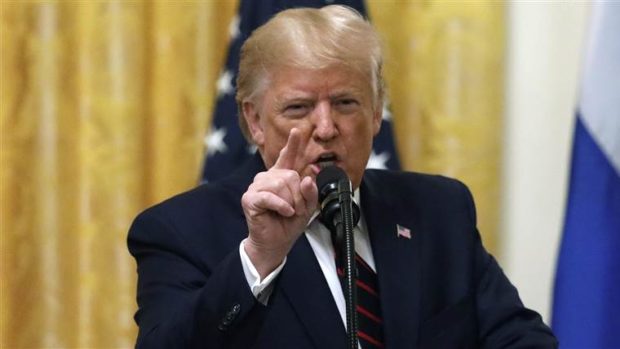 He went hard after Biden’s son Hunter.
Then for good measure, he lambasted Biden, who was vice president under Barack Obama, saying he’d only been considered a success “because he understood how to kiss Barack Obama’s ass.”

Democrats who have been accusing Trump of abusing his office throughout his first term believe they have finally cornered the president with the impeachment probe.

The president has pushed back hard, refusing to allow anyone in his administration to cooperate with the impeachment inquiry.

Public support for impeachment, though, is slowly growing.
A poll from Fox News — a channel favored by US conservatives — shows 51 percent back his removal from office.

With control of the lower house of Congress, Democrats are likely to impeach in the coming months, even if few believe the Republican-led Senate will actually convict Trump and force him from office.

However, Trump has faced a rare party rebellion this week over his abrupt decision to remove US troops from the Turkish-Syrian border, effectively abandoning Kurds who had fought alongside the United States in Syria to a Turkish assault.