Gunmen killed 14 police Monday in an attack in the state of Michoacan, in western Mexico, authorities said, condemning the latest violence in the restive region, a hotspot for criminal groups and vigilantes.

The government “condemns the attack that killed 14 police officers in Aguililla, Michoacan.
We are in contact with the state government and will put all our resources at their disposal… to find those responsible and bring them to justice,” the federal security ministry wrote on Twitter.

Local media reports said the state police were responding to a call on the city outskirts early Monday when gunmen in armored four-by-four trucks opened fire on them, then torched several patrol cars in the ensuing chaos.

Michoacan has been racked for years by violence by drug cartels, other criminal gangs, and armed “self-defense” groups. 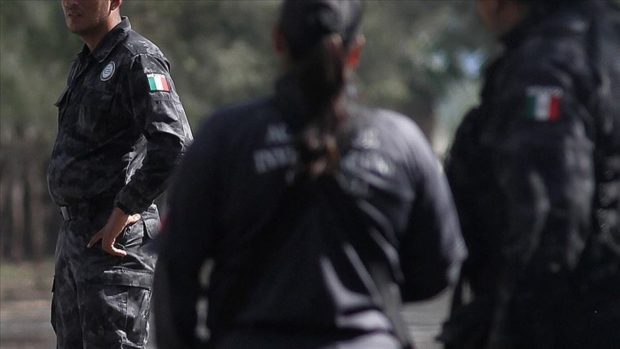 A shootout between two armed groups on August 30 left nine people dead and 11 wounded in the town of Tepalcatepec, around 75 kilometers (45 miles) from Aguililla.

Authorities also found 19 bodies on August 8 in the town of Uruapan, in central Michoacan — some dismembered, others hanging from a bridge.
The state prosecutor blamed the incident on a turf war between rival drug gangs.

Mexican President Andres Manuel Lopez Obrador has been struggling to rein in violent crime since he took office last December.

The leftist leader has launched a new National Guard to take civilian police duties back from the military, which the government deployed in 2006 in a bid to wipe out the country’s powerful drug cartels. 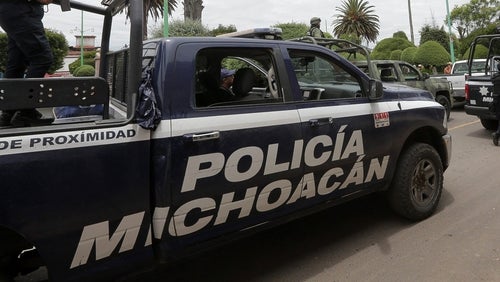 Although the military has managed to take down a series of kingpins, the “drug war” is also widely blamed for spiraling violence in Mexico, as fragmented cartels fight each other and the army.

More than 250,000 people have been murdered in Mexico since the army was deployed to the streets, including a record 33,749 last year.

Lopez Obrador’s government has yet to curb the violence.
With 23,063 murders as of August 2019 is on track to again break the country’s homicide record.