The Brooklyn Nets defeated the Los Angeles Lakers 91-77 on Saturday to conclude a pre-season China tour that leaves behind big questions over the future of a key market worth billions of dollars to the NBA.

The two-game tour was thrown into disarray, with all public appearances canceled other than the matches, after the league found itself at the center of a raging US-China dispute over democracy and free speech.

New Story: “Lakers Experiment with Differing Lineups” – a look at how Frank Vogel used different players around LeBron and AD in each of 3 preseason games, and how each group fared: https://t.co/BousNCQDx7

Despite the controversy, the teams have been embraced by Chinese fans at the first game on Thursday in Shanghai, also won by Brooklyn, and game two Saturday in the southern city of Shenzhen near Hong Kong.

Spectators have shown up by the thousands in Lakers and Nets jerseys, but many also put Chinese flag stickers over their shirts’ NBA logo or held small Chinese flags.

The controversy erupted when Houston Rockets general manager Daryl Morey posted a since-deleted tweet on October 4 in support of pro-democracy demonstrators in Hong Kong who say China is eroding its freedoms. 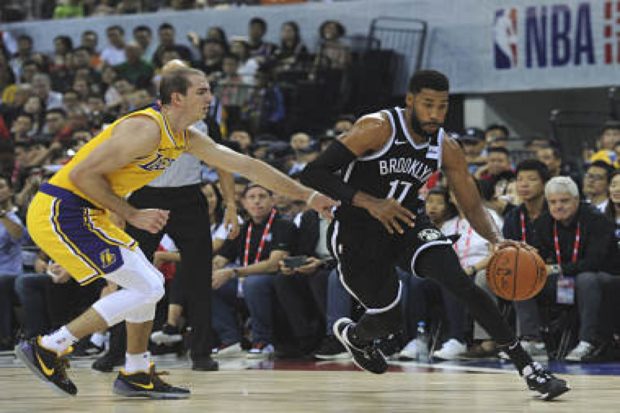 China portrays the protesters as violent separatists, and its state press and social media went ballistic over Morey’s comment, though a government effort to curb the vitriol now appears underway.

But the exhibition games were pulled from Chinese screens by official broadcast partners in protest, and the NBA’s Chinese sponsors have severed ties en masse.

The affair exposed the fine line toed by the NBA in China, where it has built a vast, lucrative fanbase in a country where free speech does not exist while touting itself back home as a champion of progressive values like free expression.

Secretary of State Mike Pompeo became the latest high-profile US politician to urge the NBA to place principle over profit and stand up to China, citing its mass detentions of Muslim ethnic Uighurs in its Xinjiang region.

I wish the NBA would acknowledge that” Pompeo said during a speech in Nashville. 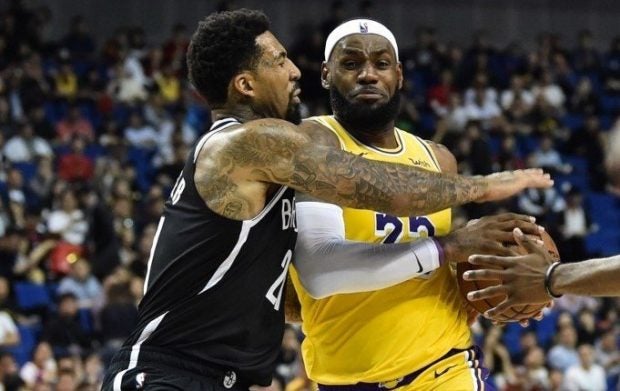 NBA Commissioner Adam Silver further angered China by defending Morey’s right to speak out, but the NBA still pressed ahead with its tour, though in a stripped-down form with every scheduled media or public event canceled.

The league said Friday it would be unfair to force the teams to field media questions in China on the “complicated and unprecedented situation.”

The NBA has run into what many other foreign businesses also have learned the hard way — Beijing demands they respect Chinese political sensibilities if they want access to its huge market.

“But if you give in (to China) too much, you start to anger your core (US) demographic,” said Mark Dreyer, who runs the China Sports Insider website.

“It’s almost a lose-lose for the NBA.”

On the court, the mood has been more positive, with fans wildly cheering the players, especially Lakers superstar LeBron James.

But, as in Shanghai, some individuals in Shenzhen expressed their anger at the league.

Some users posted pictures on Chinese social media burning their game tickets outside the venue Saturday, while others arrived in t-shirts bearing messages like “Hong Kong, Taiwan, and my soul belong to China.”

The NBA is expected to largely survive the crisis due to its dominant position as perhaps the most popular sports league in China, where giants billboards showing players like James and Golden State Warriors star Stephen Curry are common.

“There are too many smart people on both sides who will find a way to move past this,” Dreyer said.