US President Donald Trump told a Minneapolis rally late Thursday that Joe Biden, one of the Democratic frontrunners vying to challenge him in next year’s elections, had only been a good vice president because “he understood how to kiss Barack Obama’s ass.”

The comment was only the latest in a history of Trump fighting talk that often lands below the belt.

Trump used the slang to insult James Comey, the former FBI director whom he fired, and who later wrote a book comparing the president’s leadership style to that of a Mafia boss. 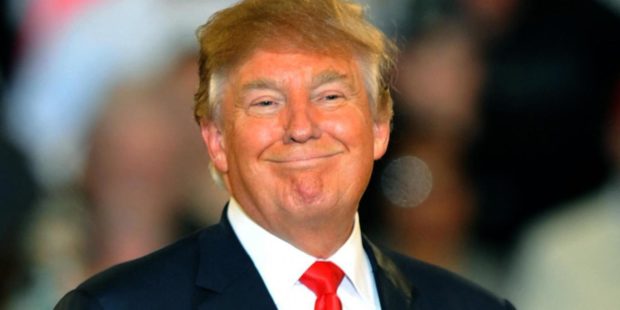 This was the moniker he bestowed on his Democratic rival Hillary Clinton, a former first lady, senator, and secretary of state, as they battled for votes in the 2016 presidential election.

These slurs were hurled by the president at Omarosa Manigault Newman, who had appeared with him on his reality television show “The Apprentice” and whom he took to the White House as an aide before firing her.

Trump, who describes himself as a “stable genius,” has questioned the intellectual capacity of Maxine Waters, the Democratic chair of the House Financial Services Committee, who has been a staunch critic.

Son of a Bitch

In his attacks on NFL players who knelt during the national anthem at football matches in protest against police violence towards African Americans, Trump urged club owners to “get that son of a bitch off the field right now.”

Grab ’em by the Pussy

Trump slammed comedian and actress Rosie O’Donnell as a “pig” in 2006, after she called him a “snake-oil salesman,” sparking a decade-long feud.

“Look at that face,” Trump once said of his Republican primary rival Carly Fiorina, a former Hewlett-Packard executive.

“Would anyone vote for that? Can you imagine that, the face of our next president?” – ‘Miss Piggy’ When he owned the Miss Universe franchise, Trump called the 1996 Venezuelan winner Alicia Machado “Miss Piggy,” saying “this is someone who likes to eat.”

Machado later said she suffered eating disorders and psychological trauma as a result of the public shaming.