At least a half-dozen women told authorities that deputies raped and trafficked them to male inmates inside a long-troubled jail in southwestern Louisiana, according to newly unearthed state and FBI records.

The records offer a harrowing account of sexual assault being traded as currency in a contraband ring that pervaded the Jefferson Davis Parish jail.
Three deputies were charged in the 2002 corruption case.
One of them remains a small-town police officer in Louisiana, The Associated Press found.

The little-known case has drawn new attention and is highlighted in a Showtime docuseries examining the so-called Jeff Davis 8, a series of eight possibly related killings that remain unsolved despite the decade-long efforts of a local, state and federal task force.

The victims, ranging in age from 17 to 30, were killed between 2005 and 2009 in and around Jennings, Louisiana, a small town in Louisiana’s Cajun country.

The records show the last Jeff Davis 8 victim, Necole Jean Guillory, had been a witness in the 2002 jail case.
The five-part documentary, “Murder in the Bayou,” features footage of Guillory telling investigators about rampant misconduct inside the lockup. 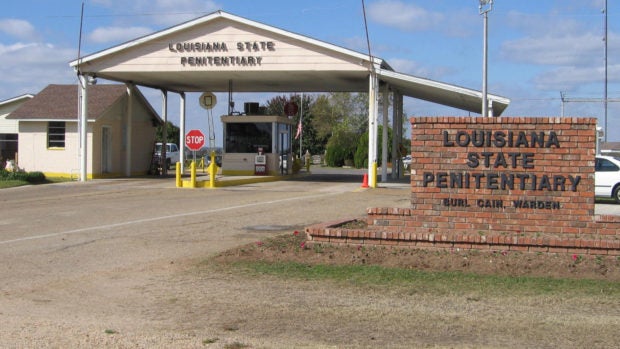 The series finale, which airs Friday, reveals that Guillory told her mother shortly before her death that she believed local law enforcement had a hand in the slayings.

The Jefferson Davis Parish jail has seen more recent cases of misconduct, including this summer when two deputies were fired there for their role in a brutal beating that reportedly left an inmate with black eyes and second-degree burns.

Chief Deputy Chris Ivey said authorities recently transferred local inmates into a new facility that is more secure than the old parish jail, which was poorly lit and had spotty surveillance cameras.
He told The AP none of the deputies accused of misconduct would be given badges by the current administration.
“They wouldn’t be working for us,” he said.

The newly released records, obtained by Showtime and reviewed by The AP, show “a pattern and practice of sexual assault by guards at the Jefferson Davis Parish Jail stretching back nearly two decades,” said Ethan Brown, an executive producer of the series.

Guillory had been “aware of significant law enforcement misconduct” before she was found dead years later in a patch of grass along Interstate 10 in Acadia Parish, Brown said.

“She was the most insistent of the victims that the police were behind the killings,” Brown told the AP.

Brown, in his book about the Jeff Davis 8, wrote that Guillory knew most of the other slain women through their involvement in sex work and long feared for her safety. 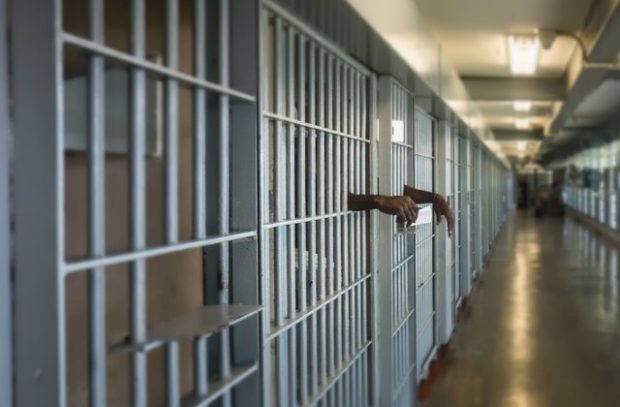 Guillory’s death remains a mystery.
But the records show that she and several other women made detailed allegations about sexual misconduct involving deputies and inmates at the parish jail.

The FBI interviewed at least one woman who said she had been raped, the records show, but no federal charges were filed.

Former Jefferson Davis Parish Sheriff Ricky Edwards said at the time that two deputies had been arrested for taking bribes to arrange sex between inmates.
He said one had sex with a female inmate, while a third deputy was fired for smuggling contraband into the jail.

What the sheriff did not say was that at least a half-dozen women had accused deputies of running a jailhouse sex-trafficking ring in which female inmates were repeatedly coerced into having sex with male inmates and trustees.

One woman told authorities she was forced to have sex with a deputy, Eric M. Phillips, and that nothing came of her repeated complaints to jail staff, the records show.
The Associated Press does not identify people who may have been sexually assaulted unless they have come forward and voluntarily identify themselves.

“I just want it stopped because it’s not right,” the woman told sheriff’s investigators.

Detectives took similar statements from several other women, including one who spent just a week in jail.
She told authorities she had been wrested from her bunk one night by an “unidentified assailant” who covered her mouth and, while removing her pants, told her to “give it up,” the records show.

She said she noticed Phillips, the jailer, watching the assault from the hallway.

Still, another woman said Phillips raped her after removing her from her cell under the pretense that she needed to see the jail nurse about her medicine.

“I wrote a letter to my mother describing what had happened to me,” she wrote in a statement to authorities, “but for some reason, my mother never received the letter.”

Investigators also interviewed Guillory, then 19, who described a state of near-anarchy in the jail.
She told investigators she also had sex with Phillips, according to the records.
Deputies are forbidden under state and federal law from having sexual contact with inmates.

“You can’t get out of your cell, but you’re still doing everything you’re doing when you’re at home,” Guillory told authorities.
She added that deputies routinely sold cigarettes, drugs and other contraband to inmates.

Phillips later pleaded no contest to malfeasance in office, a felony, and was sentenced to a year in prison.
He was not charged with sexual assault.

Phillips this week said he knew nothing about the rape allegations.
His brother later telephoned the AP to say, Phillips, despite having served in law enforcement, was “ignorant when it comes to the law.”
He said Phillips regrets pleading no contest in the case and did so only at the advice of his attorney.

Another deputy fired in the scandal, Allarate “A.J.” Frank, pleaded no contest to a misdemeanor count of criminal mischief.
He later worked for more than 10 years for the Eunice Police Department despite his conviction and recently ran for the police chief of that city.
He remains a police officer in the neighboring town of Basile.

Frank declined to comment.
His attorney, former Louisiana lawmaker Elbert Guillory, said the misconduct that could be proved against Frank amounted to a “very, very minor matter.”

Edwards, the former sheriff, did not return messages seeking comment.
His lawyers suggested in a 2004 court filing that the female inmates may have “willingly” participated in some of the crimes in his jail.