Global stocks mostly rose Thursday on hopes for progress in the US-China trade dispute, while the British pound jumped on optimism of a breakthrough in Brexit talks.

Just landed in Louisiana! Vote against John Bel Edwards, he has the worst jobs record in the United States. Louisiana will do much better by electing a REPUBLICAN. See everyone soon! @LAGOP https://t.co/V1rVXEEuso

Stocks have gyrated this week in response to conflicting signals from Washington and Beijing, tumbling after the US announced new restrictions on Chinese companies over human rights abuses and rallying on reports emphasizing the possibility of a narrow agreement that averts further tariffs. 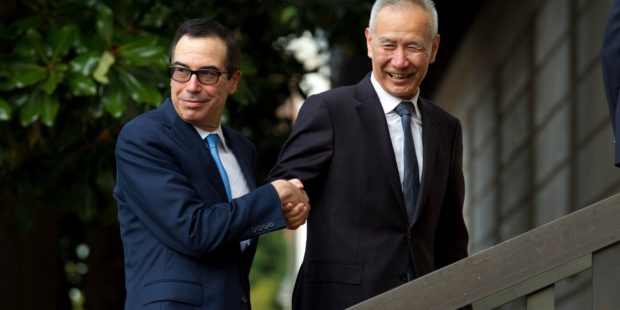 “It’s been a roller-coaster ride heading into these much-awaited talks,” said Art Hogan, chief market strategist at National Securities.
“We hope they come to some sort of small agreement that calls for a truce and no new tariffs.”

The talks come ahead of new tariffs scheduled to take effect next week and aim to resolve a trade war that has been going on for more than a year.

European stock markets, which had been going nowhere until the Trump took to Twitter, all closed higher in response.

Meanwhile, in foreign exchange markets, the pound spiked after British Prime Minister Boris Johnson and his Irish counterpart Leo Varadkar said they could see a route towards striking a possible Brexit divorce deal, following a crunch meeting on Thursday. 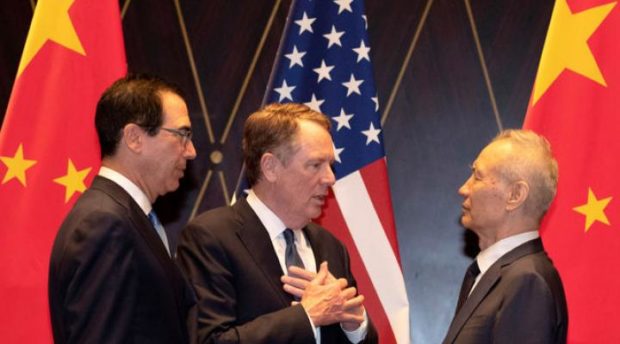 “Both continue to believe a deal is in everybody’s interest.
They agreed that they could see a pathway to a possible deal,” the pair said in a joint statement.

Market participants saw the statement as surprisingly confident, and some felt it could be pointing to a real chance that a no-deal Brexit, the nemesis of financial markets, could yet be avoided.

“The announcement is decidedly upbeat in its tone and while it stops well short of suggesting a deal is imminent it has been warmly welcomed in the markets,” said David Cheetham at XTB.com.

But BK Asset Management’s Kathy Lien, citing a Sky News report that said British officials were proposing a narrow free-trade agreement with the EU, cautioned that the pound remained vulnerable.

“We’re skeptical that the EU will find any agreement palatable but investors are latching onto any piece of good news as the price action reflects a great degree of optimism,” Lien said.

“Of course, sentiment could shift quickly if Germany or the EU cast doubt on a deal so it’s inadvisable to rush into any major positions before a firm outcome is known.”