Apple Pulls App Used by Protesters to Get Organized

Apple on Thursday removed a Hong Kong map application used by pro-democracy protesters, saying it endangered police, after China warned the US tech giant to drop the app.

Everything you need to start learning a musical instrument is right at your fingertips with these apps 🎸🥁🎹https://t.co/UwgDnToO1r pic.twitter.com/eXjM0UXASn

According to a statement published by the makers of HKmap.live, Apple said: “your app has been used in ways that endanger law enforcement and residents in Hong Kong”.

The financial hub has been gripped by protests for four months, and there have been regular clashes between hardcore demonstrators and police.

Apple’s withdrawal of the application from its App Store follows an accusation from China’s state media that the app “obviously helps rioters”. 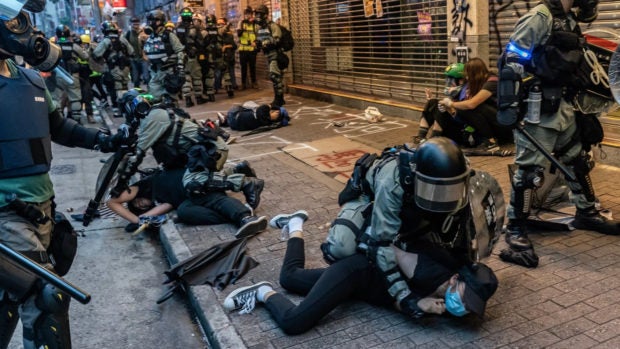 An opinion piece in the People’s Daily, the mouthpiece of the ruling Communist Party, said on Wednesday: “Nobody wants to drag Apple into the lingering unrest in Hong Kong.

But people have reason to assume that Apple is mixing business with politics, and even illegal acts.

“Apple has to think about the consequences of its unwise and reckless decision.”

HKmap.live published the App Store Review’s statement on its Telegram channel, which has more than 70,000 subscribers. 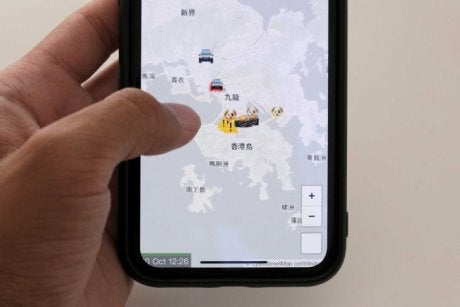 “The app displays police locations and we have verified with the Hong Kong Cybersecurity and Technology Crime Bureau that the app has been used to target and ambush police, threaten public safety, and criminals have used it to victimize residents in areas where they know there is no law enforcement,” the statement said.

“This use of your app has resulted in serious harm to these citizens.”

LATEST
PH diplomatic posts in US to mark June 12 online
How Do Mineral Rights Work?
NY Times writer to keynote Filipino Food Movement online summit
Ramar pioneers uncured Filipino breakfast meats
Secure balloons during lockdown birthday, graduation fetes—PG&E
Who would be the first to get a COVID-19 vaccine?
MOST READ
usa Kellyanne’s part-Filipina daughter, 15, scorches Trump
usa Filipino bus rider in Vancouver told to ‘speak English here’
usa Filipino in NY kills own mother, a Covid survivor
usa Why leaders who terrorize people need ‘anti-terrorism’ laws
usa Police in So. California arrest woman who harassed Asians
usa Hundreds of Filipinos at risk in California have yet to be tested – survey
usa Anti-Terror Act is itself an act of terror