Facebook said Wednesday it will launch a virtual social community where users of its Oculus headgear can “explore new places” and “create their own new experiences.”

🙌 @Oculus Quest introduces hand-tracking! Starting in early 2020, you can use your hands in VR as you do in real-life – with no controllers. https://t.co/AviiXXy0Mq pic.twitter.com/eU99kDW0hX

The Horizon virtual world set for a beta launch in 2020 represents a new initiative for the Oculus virtual reality unit of the leading social network.

Oculus users will be able to choose an avatar and interact with others in the virtual social community, Facebook said as it opened its Oculus Connect 6 conference. “Our goal is to put people at the center of computing, not just with great hardware, but with amazing software experiences as well,” Facebook said in a statement.

Facebook Horizon will be “a new social experience in VR where you can build your own worlds with easy-to-use tools (no coding skills required),” the company said.

Facebook chief executive Mark Zuckerberg told the conference, “Because everyone is going to be able to create their own spaces and experiences within it, Horizon is going to have this property where it just grows and expands and gets better and better over time.” 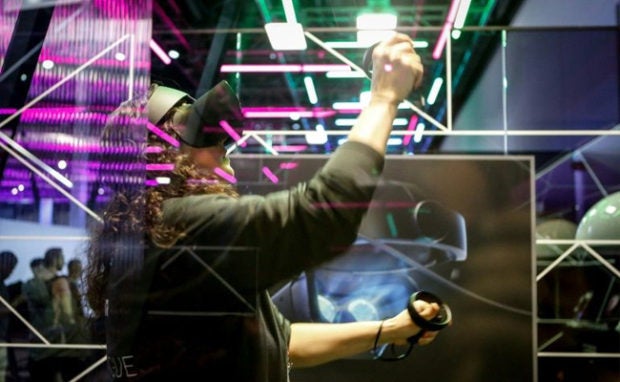 Oculus remains a small part of Facebook’s services, with its core social network and other platforms reaching more than two billion people worldwide.

Analysts expect sales of 1.3 million units in 2019 of the Oculus Quest, the headset unveiled last year.