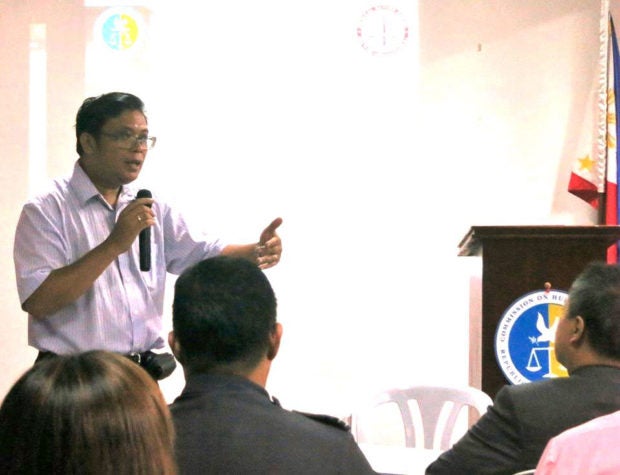 Raymund Narag while doing a lecture in the Philippines. CONTRIBUTED

A few days before graduation, a “frat-war” erupted between two rival fraternities, which left one man dead. Narag, was a member of one of the fraternities. He was charged with murder, two counts of frustrated murder, and three counts of attempted murder. Instead of a toga, he wore an orange T-shirt with a large ‘P’ at the back – a badge of shame.

Is he an ex-convict? No. He was not convicted of any crimes.

Narag is now nan assistant professor in the Department of Criminology and Criminal Justice at Southern Illinois University-Carbondale. He is also an author.

Narag’s unjust time in jail has now become his beacon for improving the Philippine penal and justice system.

In 2005 Narag was awarded a Fulbright Scholarship. He finished his master’s and doctorate degrees in Criminal Justice at Michigan State University. His expertise: the dynamics of the criminal justice system, as well as community-based approaches that mitigate the proliferation of crime and delinquency.

“I used my experiences in jail as a jumping board. I published a book about my jail experience upon release. The Supreme Court published the book. So, in a way, I went to the U.S. to have a new life and also to become scholar so I can help Philippines society, the source of my misery,” Narag explained.

Fitting in a new life

Narag felt that American society was open to immigrants. People were accommodating, especially in the academe where diversity is celebrated. But it was learning about Americans’ love and passion for sports that made him feel more welcome. He said that the best way to start a conversation is to ask about people’s sports teams.

“Being on campus and around university students, I learned to cheer our university sports teams, the Spartans, especially in basketball and football,” Narag shared.

He said that his expectations of the “concentrated disadvantage” or ghettos in America were far from the conditions lived by informal settlers in the Philippines. 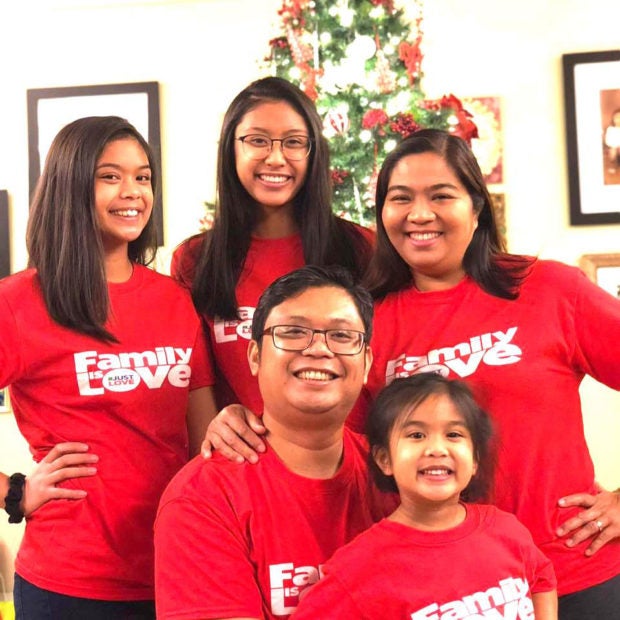 “The ghettos are considered poor areas in America, but they are nothing like our squatters. That is unforgettable to me–how their poor areas could still be considered rich in our country,” he said.

Narag and his wife, Shella never hid his past to their daughters now ages 15, 13, and five.

“As much as we can, we try to bring them home so they can see where we grew up, where we lived. So they can see our how different our lifestyles were from theirs,” Narag shared.

He also brought the two older daughters to Bilibid Prison to visit his fraternity brothers.

“They saw the prisons with their own eyes. I think it made an impression on them. It was quite fun when they visited. We had a karaoke, and they sang. Though, they also saw some of the crowding problems in the prison,” Narag said.

In their brief stay in the Philippines, the Narag kids were enrolled at the UP Integrated School. They were able to experience traffic and pollution, which are part of the everyday struggles of the Filipinos. But the kids learned to appreciate Filipino culture, which made them understand life in the Philippines.

Despite residing and teaching in the States, Narag comes home often to conduct training and workshops. He also plans to offer online programs later to reach more audiences in the Philippines.

He was a visiting professor at the University of the Philippines where he taught about the Philippine justice system and its challenges, like the lack of judges, prosecutors, and defense lawyers that lead to clogged dockets. The Philippines also lacks court facilities and buildings, which also affect organizational efficacy. Narag said that these cause hearing postponements as well as leniency and complacency.

Narag said that judicial changes are very difficult because the Filipino culture is based on patronage and feudal thinking.

“It is easy to seek a postponement in the hearings because the judges, prosecutors, and defense lawyers are kompanyeros. There must be a sustained effort to professionalize the criminal justice system,” he said.

Narag’s books and scholarly articles written to improve the justice system in the Philippines seem unheeded.

“Change is a process. It took decades for this state to evolve, it will equally take decades to undo the problems. Structural changes are hard to do: you need to pour in resources to the criminal justice system. Congress should appropriate budgets to the jails, police, courts, etc. You need to attract our young people to devote their careers for the improvement of the criminal justice personnel,” Narag explained.

However, Narag also mentioned that there have been innovations introduced by the Supreme Court,

such as the Continuous Trial, E-Courts, and Justice Zones.

“I utilize the structural-organizational-cultural frame of analysis.  That is why so many detainees stay in jail for long periods of time and are still un-convicted. So, by using this frame of analysis, I encourage the students to join government service (structural), learn to be efficient (organizational) and be upright ethical actors (cultural),” Narag said.

Narag said that the Filipino society is more forgiving than other societies. The Filipinos have also different views of people who came from prisons. Still, Narag lamented that the discourse now in the justice system is centered on punishment and not reform.

In accepting a teaching job in the U.S., Narag was joining the millions of Filipinos abroad seeking a better life. Yet, his advocacy remains centered in a country that almost destroyed his future.

“We should always look back at our country. This is the struggle in the Philippines. So, I educate people on the changes, of the little gains, and also the prospects for a better Philippines. Some migrants had left the Philippines for good because they want a better life. Now that they’ve achieved it, I implore them to look back and see how they can help,” Narag advised.

For Filipinos he has this to say:

“The problems are gargantuan, but there are solutions. If only we could put all our act together, we could be a prosperous country. Walang tutulong sa Filipino kundi kapwa Filipino (No one will help Filipinos but fellow Filipinos).”

Narag’s latest book, Inmate Radicalization and Recruitment in Prisons published in 2018 by Routledge discusses “an alternative view that suggests that the imprisonment of a terrorist may mark the beginning of physical disengagement and psychological de-radicalization.”  The book is composed of original research in the Philippines and case studies from Australia, the U.S., Canada, Indonesia, the UK, France, the Netherlands, and Belgium. The book is also available at Amazon.com.