Acting US Homeland Security Secretary Kevin McAleenan was forced to abandon a debate stage in the US capital Monday after protesters drowned him out, denouncing the crackdown on migrants and asylum seekers.

Just as McAleenan was about to start speaking at the event at Georgetown University in Washington, several demonstrators stood upholding banners that read, “Stand with Immigrants,” an AFP journalist at the scene reported.

“When our immigrants are under attack what do we do? Stand up fight back,” the protesters chanted for several minutes, after reciting the names of migrant children who had died in custody after being detained by border and immigration agents. 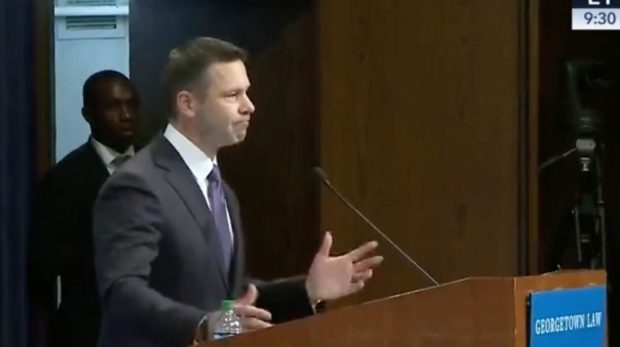 President Donald Trump has been pushing a “zero tolerance” policy on undocumented migrants in what the administration touts as an effort to deter tens of thousands of migrants from attempting to cross the southern border with Mexico.

The organizers of Monday’s immigration debate tried in vain to convince the protesters to stop and allow the acting secretary to deliver his speech.

“This is a forum, we respect free speech and right to protest,” said moderator Doris Meisser, a senior fellow at the Migration Policy Institute.

“Please have some respect for this audience.”

McAleenan tried several times to start his speech but was interrupted each time, before finally giving up and walking off the stage. 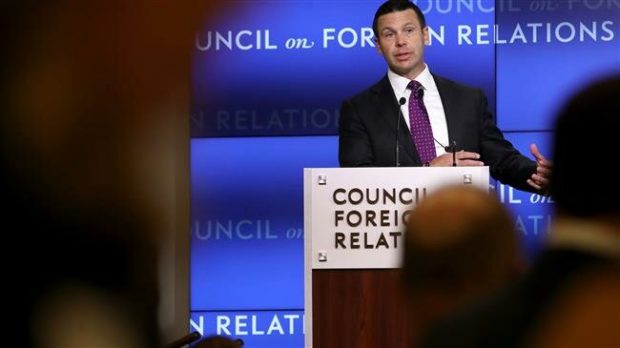 In a statement, the Department of Homeland Security denounced the “few activists” who denied McAleenan the chance to speak.

Since Trump was elected three years ago, supporters and opponents of the real estate magnate and reality television star have frequently clashed, especially on university campuses.

Violent clashes broke out in 2017 at the University of California, Berkeley, which is known for its left-leaning political stance, to prevent far-right speakers from attending events.