The US is to blacklist 28 Chinese entities that it says are implicated in rights violations and abuses targeting Uighurs and other mostly Muslim minorities in the Xinjiang region, the commerce department announced.

The United States “cannot and will not tolerate the brutal suppression of ethnic minorities within China,” Secretary of Commerce Wilbur Ross said, announcing the move, which bars the named entities from purchasing US products.

I can't overstate this enough: the NBA runs a training camp in northwest China's Xinjiang, the site of one of the world's worst atrocities. https://t.co/jEIB6dOVpB

The blacklisted firms included video surveillance company Hikvision, as well as artificial intelligence companies Megvii Technology and SenseTime, according to an update to the US Federal Register set to be published Wednesday.

The ban comes amid heightened tensions between the US and China, particularly over trade policy and Beijing’s actions in the western Xinjiang region. 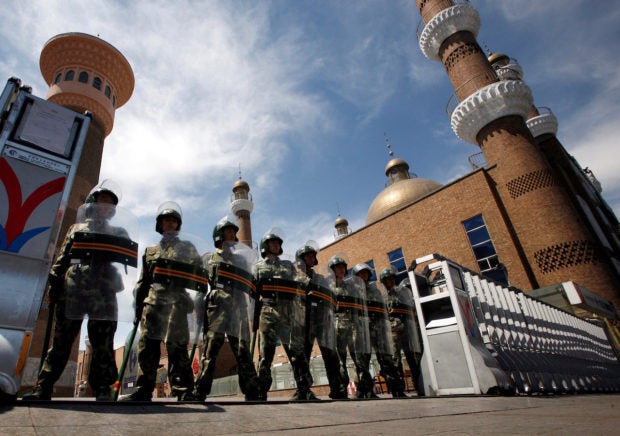 The world’s two biggest economies are in the midst of a trade war, having exchanged punitive tariffs on hundreds of billions of dollars in bilateral trade.

On Monday, the White House announced that talks between the two countries were set to resume on Thursday, with Beijing’s top trade envoy Liu He due to meet US Trade Representative Robert Lighthizer and Treasury Secretary Steven Mnuchin.

The US has meanwhile stepped up its rhetoric against Beijing over its policies in the western Xinjiang region.

Rights groups say China has detained around one million Uighurs and other Muslims in re-education camps in the region — actions that Washington has said are reminiscent of Nazi Germany.

During last month’s United Nations General Assembly, the State Department organized an event to highlight the plight of the Uighurs, with the US’s second-highest diplomat John Sullivan decrying “China’s horrific campaign of repression.”

“In Xinjiang, the Chinese government prevents Muslims from praying and reading the Quran, and it has destroyed or defaced a great number of mosques,” Sullivan said. 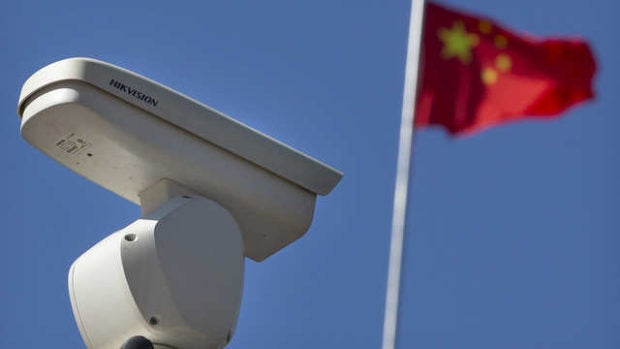 “This is a systematic campaign by the Chinese Communist Party to stop its own citizens from exercising their inalienable right to religious freedom .”

China had until recently denied the existence of re-education camps, but now claims they are “vocational training schools” necessary to control terrorism while decrying interference in its “internal affairs.”

The 28 entities blacklisted include 18 public security bureaus in Xinjiang, one police college and eight businesses.

“These entities have been implicated in human rights violations and abuses in the implementation of China’s campaign of repression, mass arbitrary detention, and high-technology surveillance against Uighurs, Kazakhs and other members of Muslim minority groups,” the Federal Register update said.

Megvii, which is backed by e-commerce giant Alibaba, said in a statement that it “strongly” protests against the decision, which it insisted was “without any factual basis.”

The company said its technology had “a positive impact on society.”

The blacklisting of the Chinese companies follows Washington’s earlier move to stop technology giant Huawei and other Chinese firms from obtaining government contracts.

Hikvision was also included in that ban, which will preclude any US federal agency from purchasing telecom or technology equipment from the firms and comes amid concern that Huawei is linked to Chinese intelligence.

The US fears that systems built by Huawei could be used by Beijing for espionage via secret “backdoors” built into telecom networking equipment.

LATEST
Is Amazon liable for defective products sold on its site?
Hardest-working states in America 2020
How will office life be different in a pandemic?
Fil-Ams hail final sale of local hospital, laud service for lower-income patients
Does my employer have to say if a coworker has the virus?
High demand causing ube shortage, says Fil-Am food manufacturer
MOST READ
usa Hawaii surfer loses board, teacher finds it 2 years later in PH
usa States that vaccinate the most, and the least
usa Canada has more reported anti-Asian hate incidents than U.S. — report
usa Healers grapple with mental health issues in Fil-Am community
usa Beware of cruise ship job recruitment scams
usa What are the different types of Covid-19 tests?
usa Trump’s Legacy: Nearly 200,000 Americans dead, and the number is growing