Vela’s three goals gave him 34 on the season, earning the Mexico international the record and snapping a tie with Atlanta United’s Josef Martinez, who set the previous mark with 31 last season.

Vela, who recorded his seventh multi-goal game of the season, finished four goals ahead of runner-up Zlatan Ibrahimovic who topped out at 30 goals.

Vela’s only other MLS hat trick came on March 30 at San Jose.

LAFC also set a record for points in a season with a 72, breaking the mark of 71 set by the New York Red Bulls last season.

The records didn’t stop there as they scored an impressive 85 goals this season. 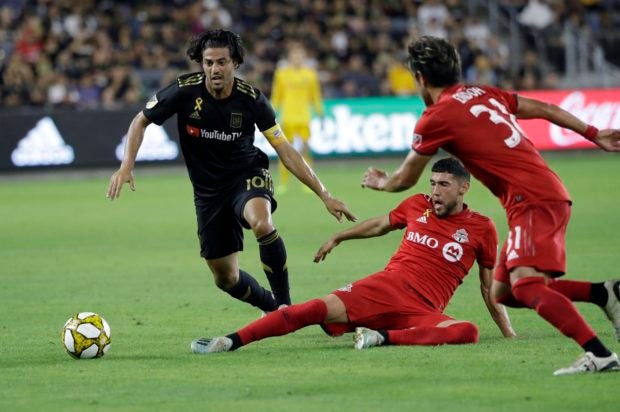 LAFC already had clinched the Supporter’s Shield and a first-round bye in the MLS Cup playoffs.

They open the playoffs on October 23 or 24 against the winner of the first-round matchup between Minnesota United FC and Ibrahimovic’s LA Galaxy.

Ibrahimovic didn’t give up the scoring race without a fight.

He scored his 30th in the ninth minute of a 4-2 loss to the Houston Dynamo on Sunday.

The defeat means the Galaxy open the playoffs on the road.

The game marked the final MLS match for Houston player and former US national team member DaMarcus Beasley who left to a standing ovation in the 89th minute.

Beasley is retiring after a 20-year career.

The career of Rapids goalkeeper Tim Howard also came to an end on Sunday’s final day of the regular season.

He also had stints with Everton and Manchester United of the English Premier League. 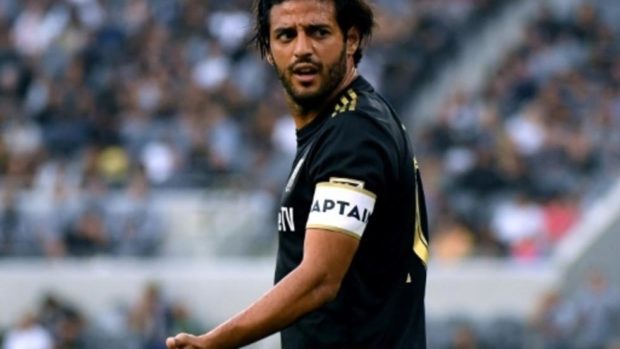 Elsewhere, FC Dallas punched their ticket to the playoffs with a 6-0 demolition of Sporting KC at Toyota Stadium.

Dallas, who finished seventh in the West, will face the Seattle Sounders in the first round of the playoffs on October 19 or 20.

Zdenek Ondrasek opened the scoring in the ninth minute by sliding a shot past goalkeeper Eric Dick for Dallas, who ended a four-game winless streak with the victory.

Matt Hedges made it 2-0 just three minutes later, tapping the ball home after taking a superb feed from Santiago Mosquera.

It remained 2-0 going into halftime but any nerves that still lingered about missing the playoffs were quashed six minutes into the second half as Mosquera beat his man with a stepover and a side-footed a shot into the net off SKC defender Botond Barath.

Sporting KC ended their season on a six-match winless streak.

Also, Dairon Asprilla scored the eventual winner in the 59th minute as the Portland Timbers booked a playoff spot with a 3-1 victory over the San Jose Earthquakes.

Larrys Mabiala scored in the 29th minute and Sebastian Blanco converted a free kick in the 75th for the sixth-place Portland, who will face Real Salt Lake in the first round.