Pittsburgh quarterback Mason Rudolph was taken to hospital for evaluation Sunday after appearing to be knocked out cold in the Steelers’ NFL game against the Baltimore Ravens.

With 7:39 remaining in the third quarter, Rudolph came out of the pocket and unleashed a throw to receiver James Washington.

#OTD in 1979, we set a team record for rushing yards in a game with 361 vs. the Browns. pic.twitter.com/AYbvPNMt2S

He had just been hit from behind by Ravens linebacker Brandon Carr when Baltimore safety Earl Thomas came in from in front of him making helmet-to-helmet contact.

Rudolph crashed to the turf, his helmet bouncing hard.

He lay motionless on the pitch while teammates signaled for help from the sidelines.

After some minutes Rudolph sat up and eventually walked slowly from the field with help from teammates and medical staff. 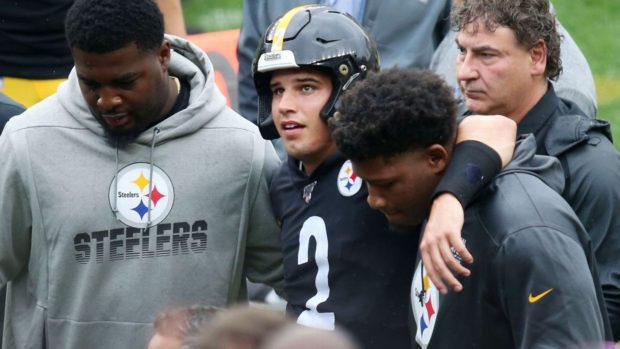 He was diagnosed with a concussion and the Steelers said he had been taken to hospital for further evaluation.

“I didn’t try to intentionally hurt him.

I’m worried about him,” Thomas said after the Ravens completed a 26-23 overtime victory.

“I’m never trying to hurt anybody.

At the end of the day, guys have families.

I would never try to intentionally hurt him.

I was just trying to fly to the ball like I normally do.”

Steelers coach Mike Tomlin said there would be an update on Rudolph’s condition early in the week.

And he had a terse response to questions as to why the motorized cart that should have been available to take Rudolph off the field didn’t work. 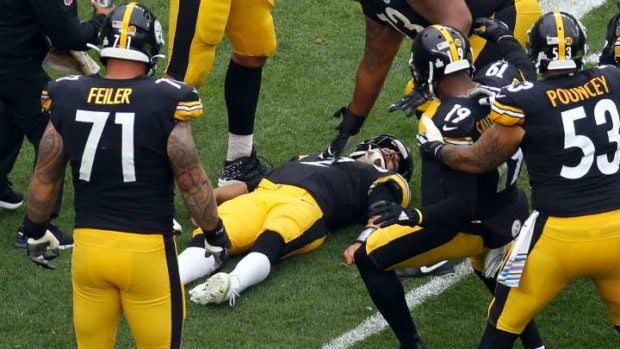 “Ask somebody that is in charge of that,” Tomlin said.
“I don’t drive carts and things of that nature.”

Baltimore kicker Justin Tucker, whose 46-yard field goal sealed the Ravens’ overtime win, had Rudolph on his mind after the game.

“You never want to see something like that happen out on a football field, but when it does, it really makes you put things in perspective,” Tucker said.