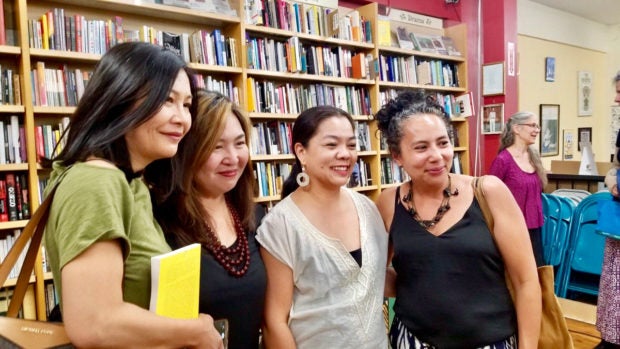 SAN MATEO, California – Prose, poetry, and other forms of literature by Filipino American writers will be showcased in a reading event called Pssst!!! It’s Pilipinx Lit Night! Prose, Poetry, atbp, in the Pilipinx American Diaspora on Oct. 9, at the John Daly Library in Daly City.

In celebration of Filipino American History Month, the upcoming event is being presented by the current Poet Laureate of San Mateo County, Aileen Cassinetto, and the John Daly Library.

“I wanted to bring in these people because I’ve read their work and I wanted the audience to be able to experience and learn and appreciate what they have to say,” says Cassinetto. “I wanted to commemorate and honor the long history of Filipino migration and celebrate the lives and the impact of Filipino immigrants as manifested in poetry and prose.” 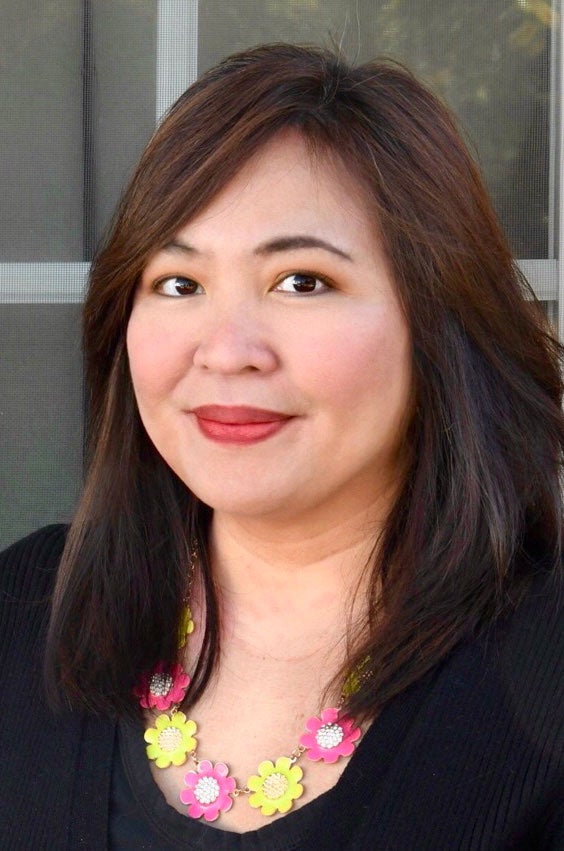 The first Asian American and Filipino American to be appointed as Poet Laureate of San Mateo County, Cassinetto did not seriously pursue being a poet until she came to the United States in 2000.

“I didn’t consciously set out to become one [a poet]. When I was growing up, you can’t say you want to be a poet,” says Cassinetto, alluding to how Filipino parents and families traditionally view pursuing a career in the arts.

Cassinetto put aside her love of poetry and studied molecular biology as part of a path to becoming a scientist, a career that was more to the liking and approval of her family. This brought her to the United Kingdom where she lived and went to school in the early ‘90s. Her time in Europe gave her the opportunity to gravitate towards creative writing. “For some reason, I became part of an unofficial diasporic Filipino group of writers and my mentors were these legendary poets and journalists from that group.”

One of her mentors was the late poet, essayist, fiction writer, playwright, children’s story writer, translator, and activist, Edgardo Maranan. “That’s how I got into poetry. They were just so generous and so helpful. I think that’s probably why my early poems were organically political and postcolonial.”

Cassinetto was born and raised in Quezon City by a father who hails from Bicol and a mother from Bulacan. A product of chain migration, Cassinetto’s family’s journey to the U.S. began with her grandparents who came first in the ‘70s and eventually petitioned ten of their unmarried children to come. Cassinetto’s mother had to stay behind since she was already married, and had to wait more than a decade before coming to the U.S. in 1996.

Cassinetto grew up watching “The Lawrence Welk Show” and other American shows that were aired in Philippine television and thought that she knew about American culture and society. She went through a paradigm shift when she moved to the U.S. with her sister in 2000.

“I thought I knew about American culture but I did not. I thought I had an idea, but until you’ve actually lived here, you don’t know the dynamics.”

The initial shock of the reality of American life and the tension around their family dynamics prompted Cassinetto and her sister to move to the East Coast. “My sister and I decided to move to Philadelphia to, kind of, put some space… We’re okay now, family and all.”

Their move to Philadelphia proved to be serendipitous in relation to Cassinetto’s pursuit of poetry. It was there that she found out about Our Own Voice, an online literary publication, and met its founding editor, writer, poet, and playwright, Remé-Antonia Grefalda, who also happens to be the founding director of the Asian American Pacific Islander Collection at the Library of Congress. “She has been really helpful. She became my mentor and introduced me to a wider community and to other influences.”

Eventually, Grefalda asked her to be the associate editor of the publication. “It was a really magical period. I got to meet so many Filipino American poets, writers, and artists.”

Living in the U.S. and being exposed to new and diverse influences allowed Cassinetto to have a change in perspective with her writing.

“In the beginning, I was writing from cultural memory. I was writing only from what I knew—Filipino culture, colonial and postcolonial—so I started paying more attention to postcolonial concerns in a multicultural setting and the significance of decolonization. I noticed that my work has been going through a sort of an evolutionary process.”

Another profound realization she had was the drastic difference in social dynamics between the Philippines and the U.S., the former being centered on class and the latter on race. “As someone who grew up in the Philippines, my “Filipinoness,” my identity, my struggles are class based whereas I noticed, for first or second generation Filipino Americans, their “Filipinoness,” their struggles are more race based. It’s against cultural exclusion and erasure, and these are things I didn’t know before I came here.”

This newfound perspective and way of seeing had a significant impact in her writing. She transposed issues that she was writing about while she was in Philippines as well as in Europe to reflect that of the American landscape that she now also calls her home.

“Now, my work joins a broader conversation by commenting on social justice [in the American context]. I’ve lived here 20 years now and the longer I’ve stayed here… I’m heartbroken about what’s happening in the Philippines, but then there are also so many other concerns here, and I’m just more tuned into [those issues]—immigration and environmental concerns.”

Aside from having fulfilled her ambition to be a poet, Cassinetto is also a publisher. She founded Paloma Press with her sister in 2016 and has, so far, published 17 books from a diverse range of writers. “I’m really proud of what we’ve done so far. I’m really grateful to the poets and novelists and other writers who trusted Paloma Press.”

The honor of being appointed as San Mateo Poet Laureate is, by far, the highlight of Cassinetto’s successful career as a poet. She was a finalist for Poet Laureate of San Mateo County in 2016, but it wasn’t her time. Here sister informed her about a call for nominations in June of 2018. “She was like, ‘You have nothing to lose.’ So I said, ‘Okay, why not?’”

Cassinetto, whose term as Poet Laureate started in January 2019, says that the responsibility goes beyond herself and her poetry; it’s more about being a poetry ambassador for San Mateo County. “It’s not really about me and my poetry. It’s about getting people in the county to appreciate poetry, to participate, to see the worth of poetry in their lives.”

With her mandate of making poetry more accessible to people, one of the ideas she had in mind was to highlight the diverse voices in the Filipino community. From that came the upcoming reading event to celebrate Filipino American History Month at the John Daly Library on October 9.

“I’ve invited first and second generation Filipino Americans as well as fairly new immigrants. The line up is not fully representative of the literary range and the breath of experiences that can be found in our community. My being Filipino informs everything that I do. I think in terms of community all the time—how to involve people, how to work with other people—because it’s how I grew up doing things—the Bayanihan concept—and that’s also the thrust of my campaign.”