Trump: I Will Not Rest Until Hillary Clinton Is Locked Up

Donald Trump’s administration is amping up an investigation into Hillary Clinton’s emails, The Washington Post reported Saturday, breathing new life into a pet issue used by the president to rail against his opponent during the 2016 elections.

The question of whether Clinton improperly used a private email account and server while secretary of state-led to Trump’s repeated assertion that she deserved to be put in prison and frequent chants of “lock her up” at his political rallies. 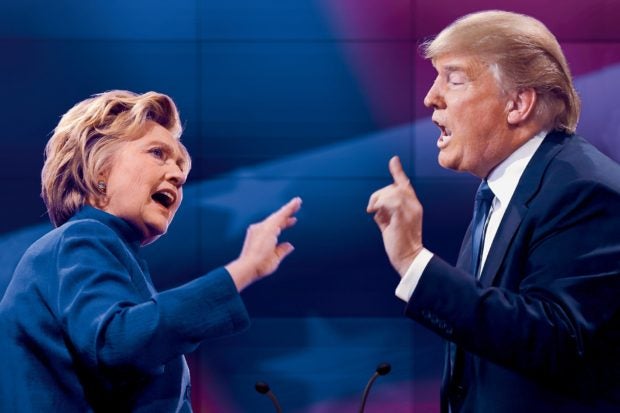 Following an FBI investigation into the matter, former director James Comey did not recommend charges against Clinton but did describe her conduct as “extremely careless.”

In recent weeks, up to 130 officials have been contacted by State Department investigators concerning emails they sent years ago which have been retroactively classified, nearly all of which were sent to or eventually made their way into Clinton’s unsecured email account, the Post reported.

The paper, which cited current and former officials, said State Department investigators began contacting employees approximately 1.5 years ago, before the effort trailed off, only to be revived again in August.

It was my Great Honor to attend this mornings Welcome Ceremony for the 20th Chairman of the Joint Chiefs of Staff, General Mark Milley! https://t.co/CXoDPnimgz

“This has nothing to do with who is in the White House,” one senior State Department official told the Post, speaking on condition of anonymity.

“This is about the time it took to go through millions of emails, which is about 3.5 years.”

The revelation of the renewed effort comes the same week that Democrats in Congress launched an impeachment investigation into Trump over accusations he tried to arm-twist the Ukrainian president into providing dirt on one of his main 2020 election rivals, Joe Biden.

However, one former senior US official familiar with the investigation said it seemed to be a means for Republicans “to keep the Clinton email issue alive” and represented “a way to tarnish a whole bunch of Democratic foreign policy people.”

Those who have found their emails swept up in the investigation do not seem to be at risk of criminal prosecution, however.

And in April, a whistleblower told Congress some 25 White House officials including top advisors of Trump were given security clearances despite staff recommendations against it.

Hillary Clinton has previously chalked up her election defeat to Comey’s brief re-opening of the FBI investigation into her use of the private email account and server just days before the 2016 election.