In happier times: Marcos Villaspir shot his wife, Imelda , and then himself. SCREENSHOT

HONOLULU — A Filipino shot his estranged wife and then killed himself in a murder-suicide on Thursday, Sept. 19, Honolulu police said.

Marcos Villaspir, barged into Community Care Foster Family Home in Kalihi where his ex-wife, Imelda, was working and shot her and then himself at about 2:40 p.m. 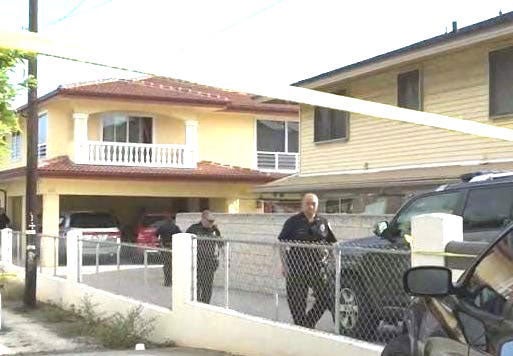 Police investigate the care home site of the murder-suicide. SCREENSHOT

Villaspir died at the scene while Imelda died later at Queen’s Medical Center.